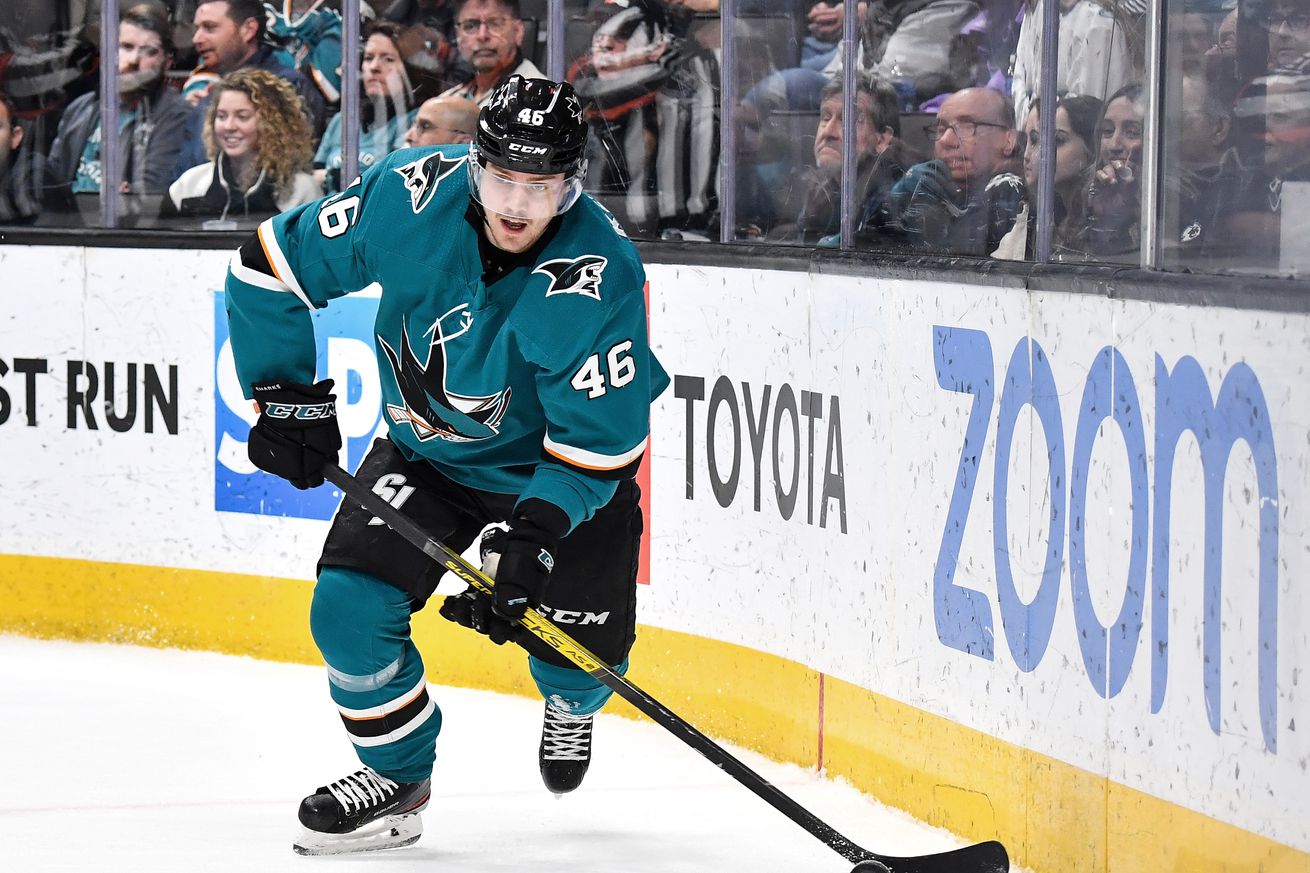 The 26-year-old had seven points in 31 games last season.

Kellman signed with the Sharks in April of 2019, after racking up 116 points in 196 SHL games. He started the season with the AHL’s San Jose Barracuda, before being called up the big club in late December.

The 26-year-old had seven points (three goals, four assists) in 31 NHL games. San Jose general manager Doug Wilson likes what he saw from Kellman during his short stint with the team.

“Joel has proven himself at the NHL level with his intelligence and responsibility on both ends of the ice,” said Wilson in a press release. “He took a big step last year in his development and growth as a player inside our organization and made an immediate impact after his promotion from the San Jose Barracuda.”

Kellman averaged just over 11 minutes a game for the Sharks, posting a Corsi For of 45.7%. His defensive abilities showed in 5-on-5 play with San Jose only giving up one more goal than it scored with Kellman on the ice at full strength.

The 5’11, 175-pound Sweden native will carry a cap hit of $750,000, helping a Sharks team that is dealing with salary cap issues. Kellman is a bottom-six forward who has the potential to contribute more on the offensive end.

It remains to be seen what Wilson does with veteran center Joe Thornton, who is an unrestricted free agent this offseason. Kellman played behind Thornton in the lineup, so if San Jose elects not to bring Thornton back on a team-friendly one-year deal, look for Wilson to try and add another center in free agency.