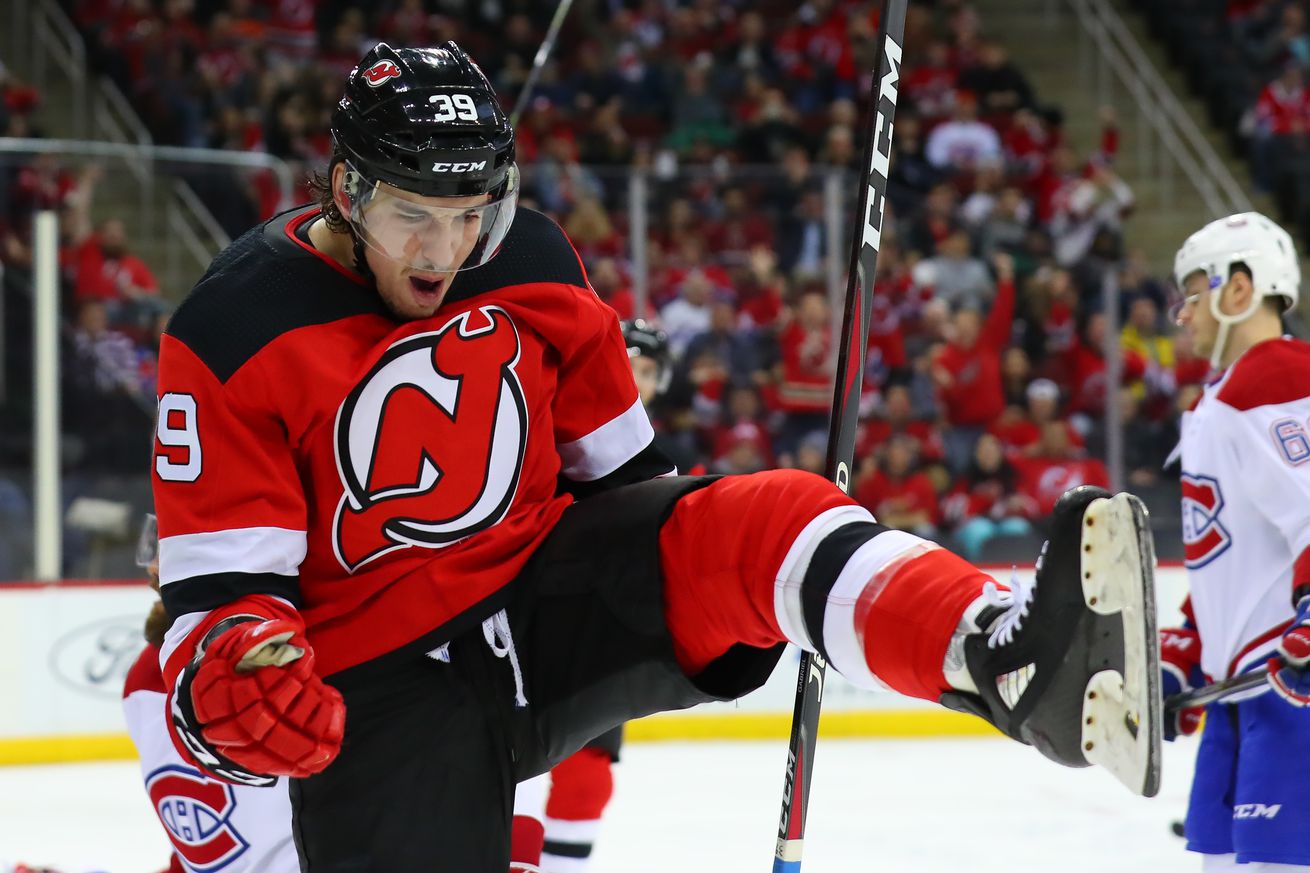 The winger is hoping to break through in teal this season.

The San Jose Sharks have signed winger Kurtis Gabriel to a one-year contract worth $700,000, the club announced Monday afternoon. Gabriel’s contract includes a minors salary of $175,000. The 27-year-old is coming off an identical one-year contract with the Philadelphia Flyers organization.

Gabriel was drafted as an overager out of the Owen Sound Attack of the OHL in the third round of the 2013 NHL Draft by the Minnesota Wild. There, he mostly played with their AHL affiliate, the Iowa Wild, logging just 16 NHL games over parts of two seasons. His most significant NHL time came in 22 games with the New Jersey Devils in 2018-19, signing a one-year deal with the team as a free agent.

With just a total of 38 NHL games under his belt, his stats are both a small sample size with bad teams and not very good overall. Even with those conditions, the fact is that he’s been an uninspiring AHL player until this point.

During his breakout in the OHL, Gabriel built a reputation as an enforcer who can score. Physicality is large part of his game. In 2019, Gabriel received a one-game suspension after boarding Philadelphia Flyers forward Nolan Patrick. The play earned a five-minute major penalty, and later in the game, Nolan elbowed Gabriel in the head, causing him to leave the ice. Gabriel also served a six-game suspension in the AHL during the 2016-17 season for inciting a fight after a game.

Gabriel is expected to be a fringe NHL player next season and is signed to a minimum contract.

You will never see me complaining about this signing, however, and here’s why:

Kurtis Gabriel has been extremely good for progressing the league forward. He was the first player to use Pride Tape in an NHL game (players previously only used it on their warm-up equipment), and is an outspoken advocate and ally for the LGBTQ community, mental health awareness, racial justice and other social issues. He’s active in the community, winning the IOA/American Specialty AHL Man of the Year Award twice, in 2016 and 2020 thanks to his advocacy work.

Thanks so much to Doug Wilson, Doug Wilson Jr. and the coaches for this opportunity. Pre-draft interview in 2013 always had a special place in me and my Mums heart. Look forward to speaking with and meeting everyone in the organization when we get started! #mumisterrifedofsharks https://t.co/kj4QTul605

When players and coaches talk about a character player, this is the kind of player I want them to mean. I am genuinely thrilled thinking about what he’s going to do for the hockey community in San Jose.

Because of that, I want him to succeed and I hope that he’ll be in the best place to do so in San Jose. But even if he spends most of the season with the Barracuda, he’ll still be part of the San Jose community, and that’s going to end up meaning a lot.

Trying to change that! Working my ass off to come in and be a PROBLEM at training camp!

Trying to find myself a home. Really believe this could be it