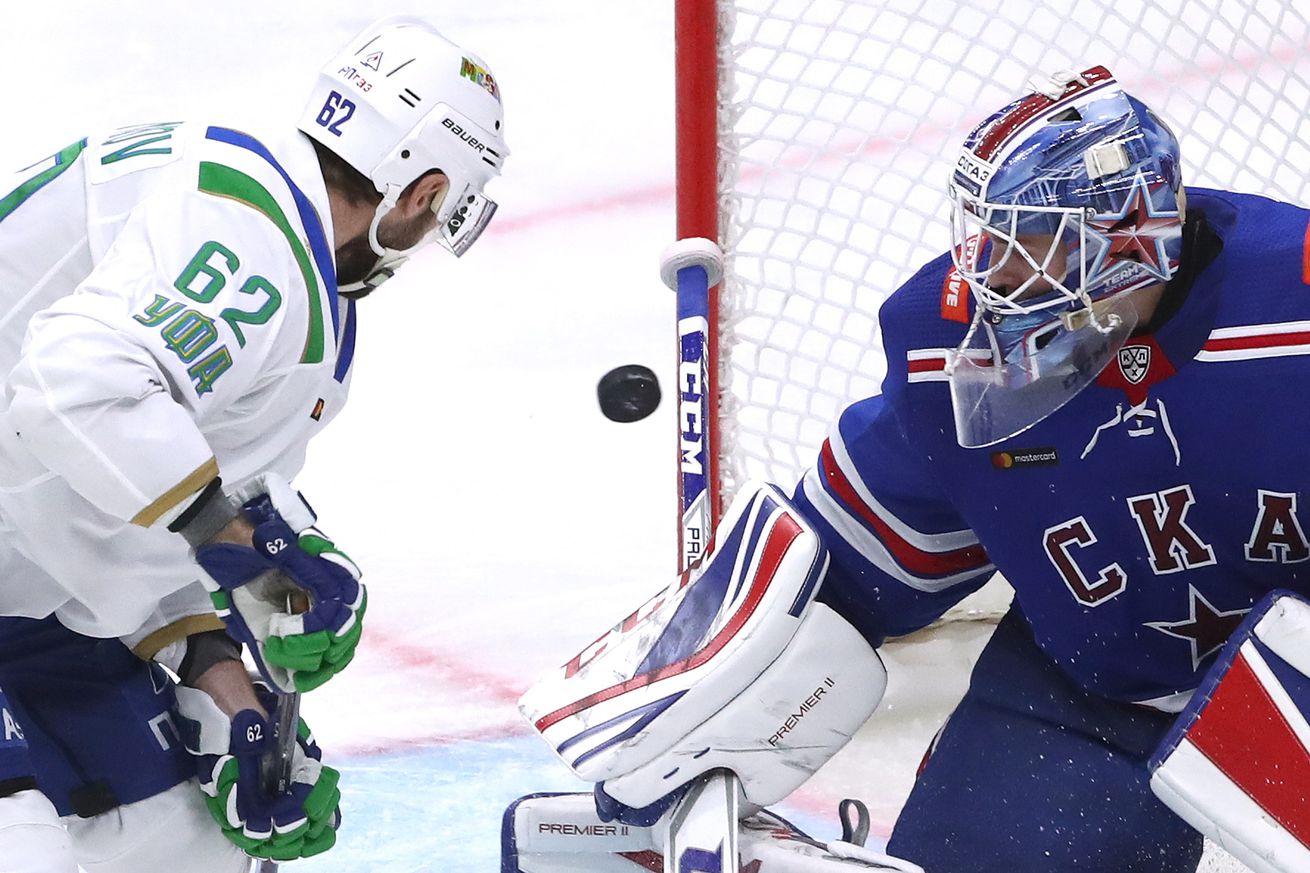 With their (lack of) goaltending depth exposed this season, the Sharks are in need of a quick fix in net.

As with all signings during the season pause, nothing is official or announced by the team yet, but per Sport24, the Sharks are set to sign Russian goaltender Alexei Melnichuk. KHL reporter Igor Eronko reported the news in English on Twitter, noting in a reply that he believes the goaltender will need at least a year in the AHL. Current backup goaltender Aaron Dell has not re-signed with the Sharks yet and may become a free agent in the off-season.

It would make sense, given that the 6-foot-1 netminder hasn’t played outside of Russia in his entire career. The 21-year-old has played in his hometown for the SKA St. Petersburg teams in the KHL, VHL and MHL (the three highest tiers of hockey in Russia) since 2015.

Last season, he played 16 games for SKA St. Petersburg, finishing with a .930 save percentage, 1.68 goals-against average and 8-5-1 (W-L-T) record. His save percentage ranked 12th overall in the league and his goal-against average was the fourth-lowest (though again we remind ourselves that it is also a team stat and SKA St. Petersburg’s other goaltender, Magnus Hellburg, finished fifth with a GAA of 1.70 over 26 games, as well as a .927 save percentage). He also posted four shutouts in 2019-20.

The goaltending market is weak in North America right now, as evidenced by several teams last season. There are too many older goaltenders and not enough roster spots for many teams to get younger in net — not to mention the general distrust NHL front offices seem to have with goaltenders who aren’t past their quarter-life crisis. Now is the time to get creative in solutions, especially if those solutions come cheap, as non-NHL free agents often do.

It’s hard to make an evaluation of a goaltender who has only played in Russia completely sight unseen, but positives seem to be that his statistics have been consistently good across leagues thus far and as many have been quick to point out, being under the wig of Evgeni Nabakov in San Jose can’t hurt the kid. His age is also a positive, giving him time to adjust and adapt, and he can do it quickly and consistently, there’s easily space for him to fast-track his way to the big leagues.