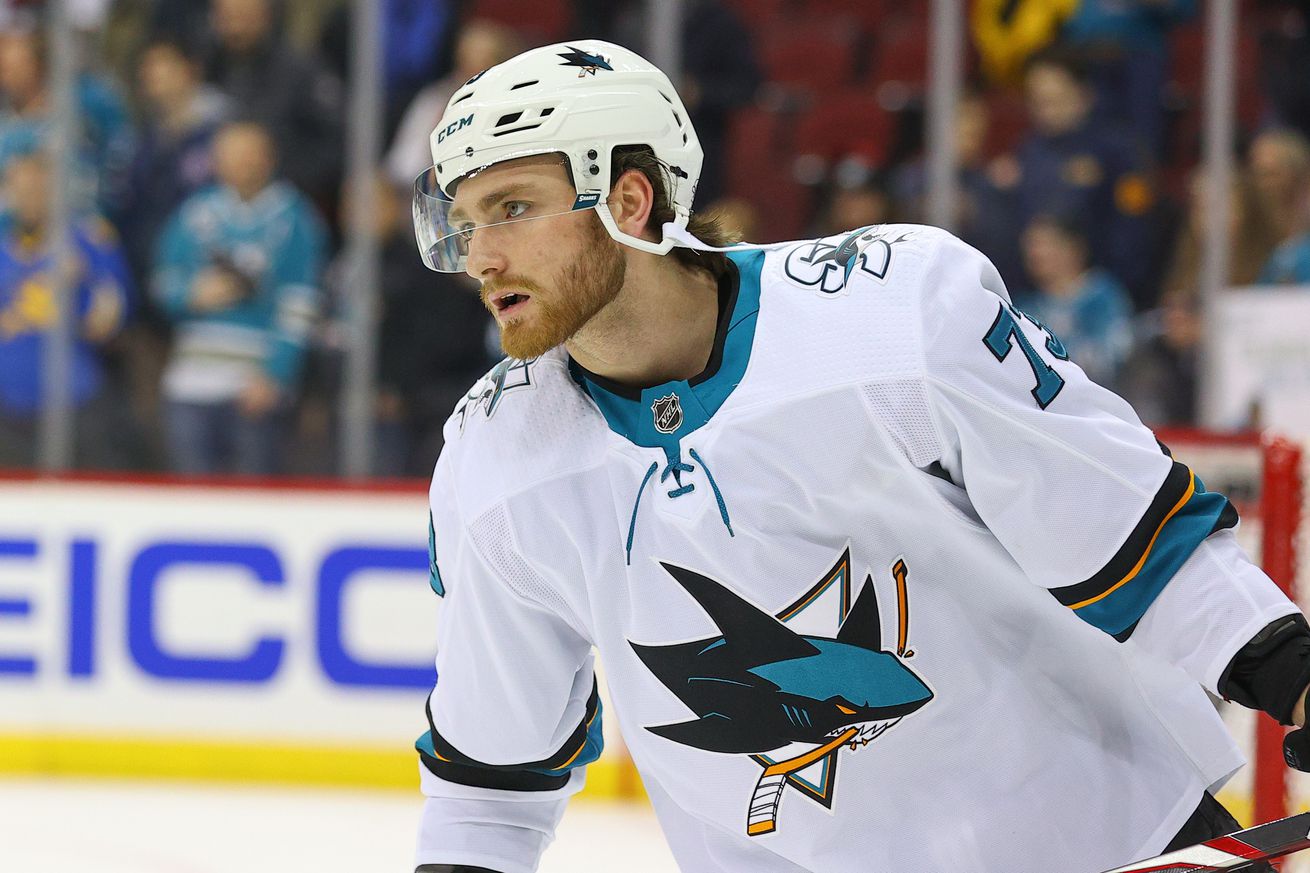 We’re getting closer and closer to total prospects territory.

While voting is open for Fear the Fin’s annual Top 25 San Jose Sharks Under 25 series, we’re going to familiarize you with the young players in the Sharks system. Working from the 2014 NHL Draft through the most recent draft, we’ll fill you in on each player’s history with the organization. They’ll be brief — the deep dive will happen with the top 25 players — but hopefully will assist with your voting process.

Next, we’re looking at the 2016 Draft. Thanks to trading a first-round pick and Sean Kuraly to the Boston Bruins in exchange for goaltender Martin Jones, as well as a Stanley Cup Final appearance, the Sharks didn’t have a selection until 60th overall, which they used to draft over-ager Dylan Gambrell. Doug Wilson wasn’t armed with a lot of picks, so he tried to make them count.

I’m just not sold on Dylan Gambrell. The thing about drafting an overager — Gambrell had an admittedly impressive first year with the University of Denver in the NCAA Division I prior to being drafted — with your first pick is that you’re hoping that player will be able to step in to an NHL role sooner, perhaps to make up for the lost value of a first-round pick.

Gambrell has certainly played at the NHL, but what we’ve seen of him since has been inconsistency. I think being on a good Denver team may have inflated his value. At the same time, Pete DeBoer wasn’t exactly giving Gambrell much to work with in terms of linemates. He’s come close to a point per game in the AHL, but put up just 11 points in 50 games with the big club last season. He’s two years older than the rest of this draft class and not much further ahead in terms of making a splash at the NHL level.

Drafted in the second round (42 overall) by the Ottawa Senators, the Sharks acquired this 2016 draft pick from the Vancouver Canucks, who had reportedly hoped to cash in on his chemistry with Canucks prospect Elias Pettersson. A bout of mononucleosis set him back leading into the 2017 season and despite struggling under the coaching decisions made by the Utica Comets, he put up 29 points in 50 games the following year, before being traded to San Jose.

There’s been a lot of speculation about whether or not Dahlen will come back to North America. His play with Timrå IK has been exceptional, though it’s worth noting that the 22-year-old is playing in Sweden’s second-tier men’s league. He’s currently trailing the Sharks’ Marcus Sorensen as the league’s leading scorer by one point, but with four fewer games under his belt, he’s sitting at 2.38 points per game, compared to Sorensen’s 1.67.

I still don’t think Dahlen joins the Sharks before next season, but I’m willing to wait.

Noah Gregor was the team’s fourth-round selection out of the WHL’s Moose Jaw Warriors. He just made the leap to the pros last season, if you don’t count his one uninspiring playoff game with the Barracuda in 2018.

Gregor split his season between the NHL and AHL last year, partly due to the Sharks losing several forwards to injury throughout the season. Defensively, he can use some work, but he’s had an overall positive impact on offense during his rookie season. He was also putting up .56 primary points per game and drove the Barracuda power play.

Joachim Blichfeld was the Sharks’ final selection in the 2016 draft at 210, the second-to-last overall selection. The Danish forward played junior hockey in Sweden prior to being drafted, then joined the Portland Winterhawks to adjust to the North American game in 2016. After putting up 114 points (53 goals, 61 assists) in 68 games, he was named the 2019 WHL player of the year.

Blichfeld made his NHL debut last year, going scoreless in three games. His first full professional season with the Barracuda has gone well, with 16 each of goals and assists in 44 games. This camp could be big for him, but it’s most likely he spends another year seasoning with the ‘Cuda.