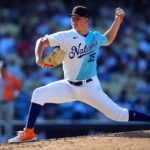 Photo by Daniel Shirey/MLB Photos via Getty Images Will it be a new arm or a familiar ace? Yesterday, we looked at possible breakout hitting candidates for the 2023 San Francisco Giants and so today, let’s examine the pitching side to see who just might pop. I think it’s safe to say that Logan Webb has emerged as an ace, even if MLB.com took the bold stance of saying, … END_OF_DOCUMENT_TOKEN_TO_BE_REPLACED 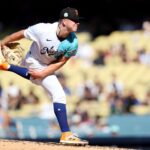 Photo by Rob Tringali/MLB Photos via Getty Images They come from Keith Law’s keyboard, not usually an avenue for praise where the Giants are concerned. I’ll take any good news about the farm system for the San Francisco Giants wherever I can find it. This time, it comes from an unlikely source: Keith Law. He’s always been sort of a Giants skeptic and not just when it … END_OF_DOCUMENT_TOKEN_TO_BE_REPLACED

The 49ers aren’t just reaching out to super-experienced candidates for their defensive coordinator job. ESPN’s Adam Schefter on Tuesday reported the club has requested to interview former Commanders defensive backs coach Chris Harris. San Francisco under head coach Kyle Shanahan has shown a willingness to bet on young, defensive-minded coaches with no coordinator experience to … END_OF_DOCUMENT_TOKEN_TO_BE_REPLACED

Replacing DeMeco Ryans might be the hardest, most important thing the 49ers will do this offseason. Their defensive coordinator for the last two years took a job as the Houston Texans’ head coach, leaving a gaping hole atop San Francisco’s No. 1-ranked defense. While the 49ers’ defensive group is very talented, Ryans’ schematic brilliance and his leadership made him a fast … END_OF_DOCUMENT_TOKEN_TO_BE_REPLACED 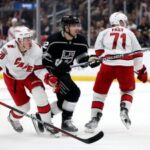 Welcome back to another day of NHL Predictions. Each day, Last Word on Hockey takes a look at the games that are happening and gives our predictions for each one, breaking down head-to-head and other factors that may play in. We also have a featured game of the day, which is considered must-watch TV. Today’s featured game is between the Los Angeles Kings and the Carolina … END_OF_DOCUMENT_TOKEN_TO_BE_REPLACED 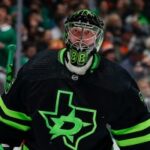 It’s Tuesday and it’s time for another dose of NHL rumours. There’s plenty of chatter going on with the trade deadline looming on March 3. Some teams have already gotten into the act before the All-Star Break. Goaltending always seems to be at a premium and the Dallas Stars might have a trade chip. Today’s NHL rumours look at a possible Anton Khudobin trade at the upcoming … END_OF_DOCUMENT_TOKEN_TO_BE_REPLACED 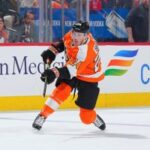 The Tampa Bay Lightning have used the trade deadline to make some big moves in the past. It started with the acquisitions of Blake Coleman and Barclay Goodrow in 2020. Then the following season they added David Savard for defensive depth. Finally, last season, they added Brandon Hagel and Nick Paul. Those three consecutive deadline additions led to three consecutive Stanley Cup … END_OF_DOCUMENT_TOKEN_TO_BE_REPLACED