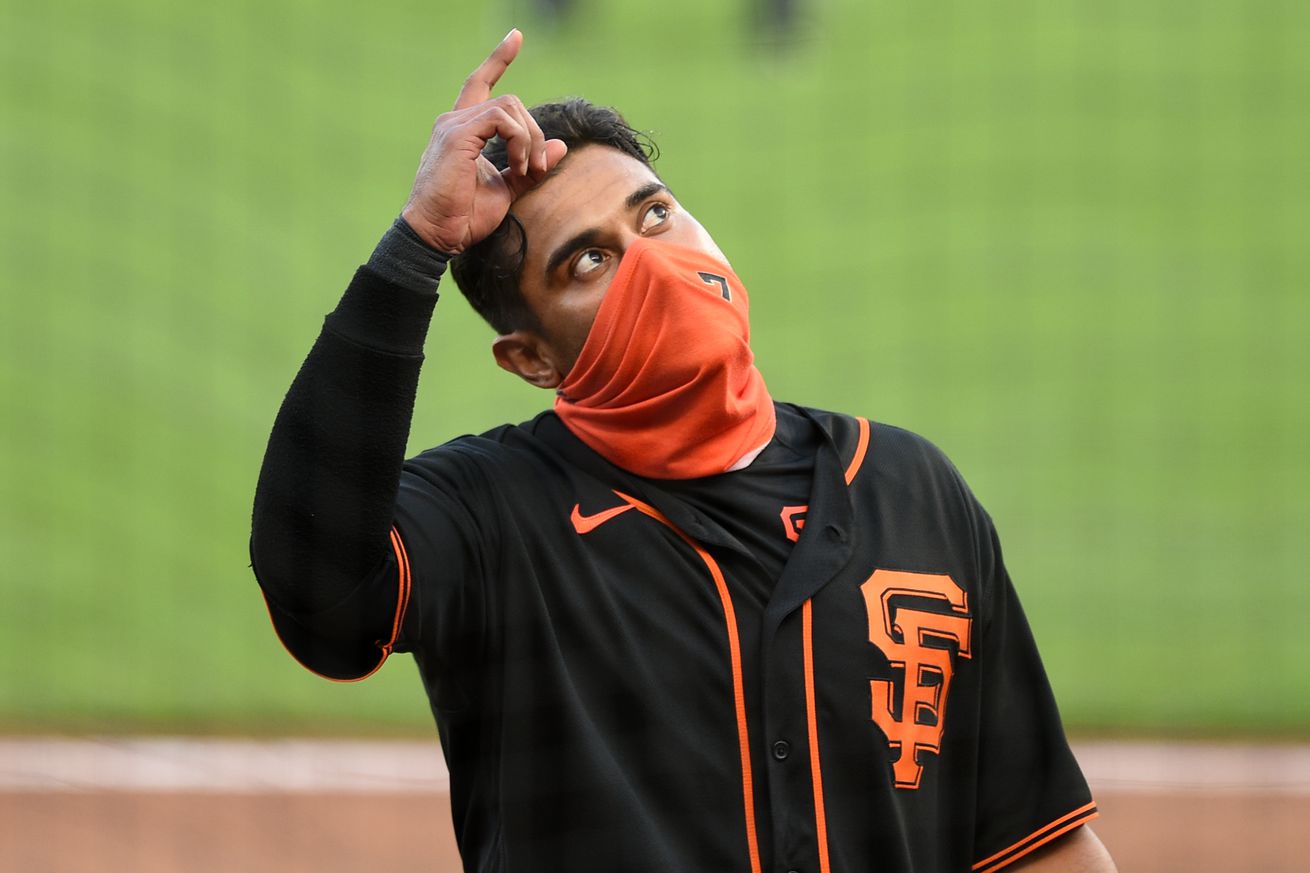 A season-high 11 walks led the Giants to a 7-3 win over the Rangers.

The Giants did a poor job of giving themselves those, which is part of why so many of their rallies seem to die a slow and pitiful death. They’ve already depleted their boost button just getting the runners on base, and now there’s nothing left to bring them home.

After eight games, they had drawn just 24 walks in 299 plate appearances.

And then, in a span of eight innings, they walked 11 times in 29 plate appearances.

As such, the runs came a lot easier. It didn’t feel like they were pulling hair. They didn’t need a crazy batting average with runners in scoring position, as they went a modest 3-10. They didn’t need to go crazy with the long ball, which is good, since they had no home runs.

They just needed to do basic offensive things — grab a few hits here and there — and the runs started to flow the way the wine will flow as soon as I hit the “publish” button on this article.

The Giants only had 7 hits, but that was good for 7 runs, and a 7-3 win. Walking 11 times can’t happen every night, and the Texas Rangers certainly deserve their fair share of credit for making it possible, but it was a big step towards offensive competence for the Giants.

And while it’s not entirely sustainable, it’s clear that the team is starting to figure out who the best players and matchups are, and having a healthy lineup sure helps.

Before we get into the good things that happened on the night — such as the Giants winning their first series of the year, and having a chance to earn a sweep on Sunday — let’s get to the bad.

Starting pitcher Drew Smyly had to leave the game in the fifth inning, with what the team is calling left index finger soreness. It cost him the chance to earn the win.

It was a tough luck night overall for Smyly, who pitched well. In four-plus innings, he gave up 3 hits, 2 walks, and struck out 7, and his 2 earned runs were about as unearned as is possible without actually earning that distinction.

The first batter of the game, Elvis Andrus, tried and failed to check his swing on strike three, except the umps somehow missed it, and he singled on the next pitch. Then, with two outs and two on, the Giants managed to bungle a pickle — you know, the thing you practice in the back yard when you’re seven — which kept the inning alive. A Todd Frazier single gave the Rangers an early 2-0 lead, and put some undeserved roughness on the back of Smyly’s baseball card.

Now, on to some good. Let’s start with the two people who are perhaps the greatest baseball players in MLB history: Baby Yaz and Donnie Barrels.

Donovan Solano was 2-5 with 3 RBI, and had perhaps the biggest swing of the night: a 2-run single that gave the Giants a lead they wouldn’t relinquish.

Mike Yastrzemski was held hitless, but only because he only had one official at bat. He walked in his other four plate appearances, including once with the bases loaded. His on-base percentage is now .561, and it’s in no way hyperbolic to say he’s been the best player in baseball through a week and a half.

Brandon Belt and Evan Longoria continue to look like vintage versions of themselves in their returns, which is to say Belt is using his eagle eye, and Longoria is making hard contact. The former is hitless in his two games since returning from the IL, but has 5 walks, including a pair against the Rangers. The latter went 3-5 with a double, a walk, and 2 RBI.

They both take reasoned, disciplined at bats, and it makes the Giants lineup look dramatically different.

The bullpen has not been good but you would not know it if you just watched Saturday’s game. After Smyly’s injury, Shaun Anderson, Caleb Baragar, Rico Garcia, Tyler Rogers, Trevor Gott, and Sam Selman combined for this line: 5.0 innings, 4 hits, 0 walks, 6 strikeouts, 1 earned run.

Baragar was especially impressive. He entered the fifth inning with the bases loaded and two outs, and the Giants clinging to a 4-2 lead. He promptly struck out slugger Joey Gallo with a pitch that will pop up in Gallo’s nightmares.

The Giants trusted Baragar with a very pivotal situation, and that should tell you something about how much they value his arm.

Giants catcher Tyler Heineman and his brother, Rangers center fielder Scott Heineman appeared in a Major League game together for the first time in their careers. It was fun.

They also both played well, with the Giants Heineman having a double and a walk, and the Rangers Heineman hitting an opposite field home run.

What a special moment for that family.

Umpire gets taken out in the rundown pic.twitter.com/MqLp3EVDTk