The Odell Beckham Jr. free agency tour will begin Thursday. It will not include a trip to Santa Clara to visit the 49ers.

ESPN’s Adam Schefter on Wednesday reported Beckham will go on a three-team recruiting trip that will begin with a visit to the New York Giants, followed by the Bills on Friday, and the Cowboys on Monday. Unless there’s an unforeseen change, the 49ers are out of the Beckham Jr. sweepstakes.

There was some indication early in the process that there was mutual interest between Beckham and the 49ers. Head coach Kyle Shanahan didn’t divulge much when asked about it, leaning on his usual answer of “we’ll do anything we think will make our team better.”

While adding good players is the goal of every club, it’s not a huge surprise the 49ers didn’t do more to pursue the 30-year-old veteran.

They have Deebo Samuel and Brandon Aiyuk atop their receiving corps. Then there’s Jauan Jennings who perhaps the best blocking WR in the league and has proven to be a valuable receiving target over the last couple years. With TE George Kittle and RB Christian McCaffrey also in the pass-catching mix, bringing another receiver in for a team that ranks 23rd in pass attempts doesn’t make a ton of sense.

Beckham played a key role down the stretch or the Rams in their Super Bowl run last season, and there’s a chance he’ll do the same this year as he returns from a torn ACL he suffered in LA’s Super Bowl victory. For the 49ers, the juice wasn’t worth the squeeze, and they’ll likely roll into the postseason push content with the offensive weapons already at their disposal. 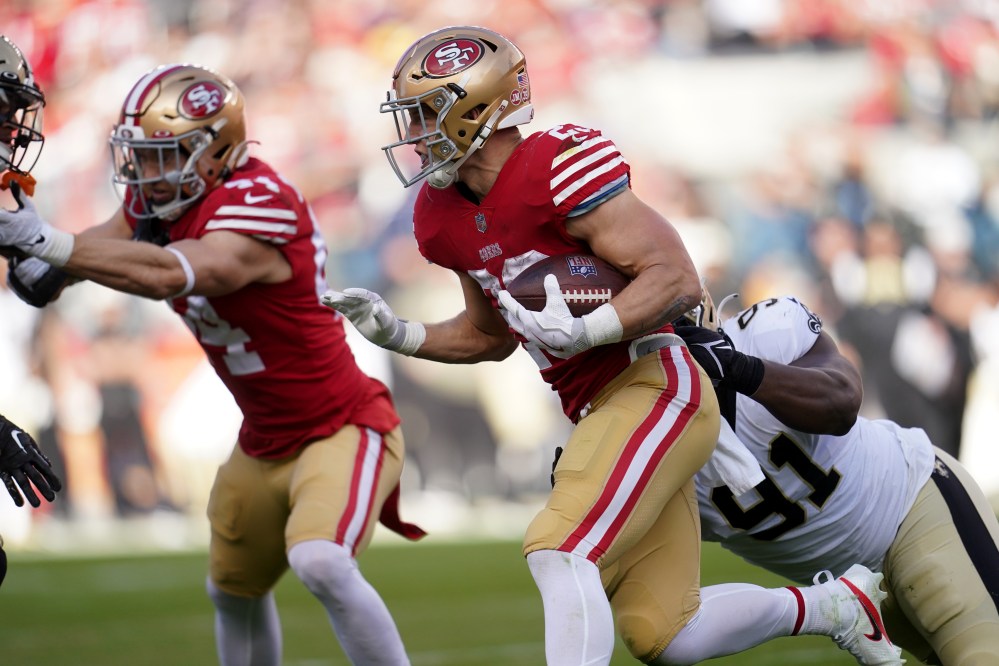