The 49ers needed a win Monday night at Levi’s Stadium. A loss wouldn’t have mathematically eliminated them from the postseason hunt, but the avenues to a playoff berth would’ve been hard to navigate. Not only did they beat the Los Angeles Rams, they throttled them 31-10 and in the process offered a reminder of the level the 49ers can reach when playing well.

In a season defined by mistakes, bad losses, and questions about the future, Monday night dragged the 49ers back from talk of next year and beyond and spiked them with authority into the thick of the 2021 NFC playoff chase.

It should be said the Rams didn’t play well. In fact, they looked downright terrible. Dropped passes, bad quarterback play and missed tackles by Los Angeles certainly helped the 49ers, but San Francisco did their part as well.

Two interceptions from free safety Jimmie Ward kickstarted the evening. He returned one for a touchdown. The other set up the 49ers offense for an 18-play, 93-yard drive that opened the scoring to Monday’s festivities with an 8-yard touchdown pass from quarterback Jimmy Garoppolo to tight end George Kittle.

The 49ers dominated on the ground, stayed ahead of the sticks, and allowed Garoppolo the freedom to feed his playmakers.

The quarterback was a super efficient 15-of-19 for 182 yards and two touchdowns. He was sacked only once and began the game 12-for-12 before spiking a pass on a screen that never materialized.

Rookie running back Elijah Mitchell shouldered the load in the run game with 91 tough yards on 27 attempts.

An offensive onslaught that saw San Francisco posses the ball for 39:03 helped set the table for a defense that’s supposed to generate havoc up front. They weren’t perfect, but they impacted the game enough to cause some errant throws from Rams quarterback Matthew Stafford and get the Rams in a game script where they couldn’t rely on their run game. They ran it only 10 times compared to 44 for the 49ers.

If head coach Kyle Shanahan was going to design a 49ers victory this is what it would’ve looked like, and their best performance of the season came when they needed it most. A bounce-back many thought might come against a banged up Cardinals team came a week later, and now the 49ers are 4-5 with a date against the struggling Jaguars in Jacksonville in Week 11.

There was a chance the 49ers’ season was going to end Monday night. Not only did they keep it alive, they resuscitated it in a way that could make them dangerous in the NFC.

Consistency is key now. They aren’t going to play at this level every week, but after eight games it was worth wondering whether the 49ers were still capable of a game like the one they had Monday. It turns out they are, and if this is the start of an upward trend after an abysmal first half, San Francisco has a chance to have a sizable impact in the NFC.

49ers vs. Rams: Everything we know from San Francisco’s biggest win of 2021 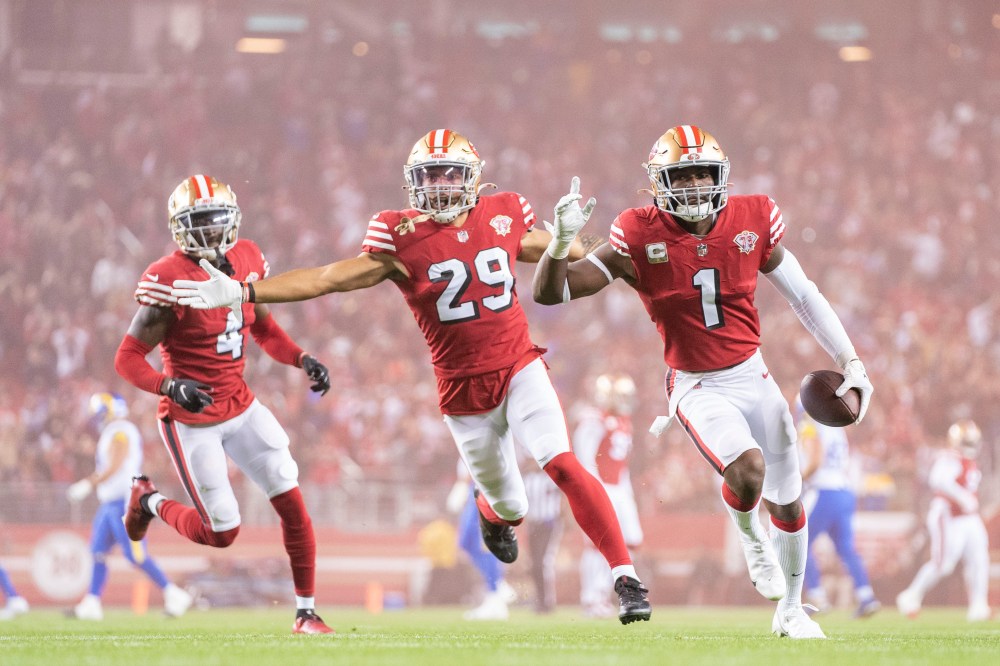