The 49ers couldn’t make it through their second preseason game without a handful of injuries. Head coach Kyle Shanahan provided updates on the players who left Sunday’s win over the Chargers early.

Defensive lineman Maurice Hurst is dealing with a high ankle sprain, and linebacker Mychal Kendricks has turf toe. Hurst played only four snaps against the Chargers. Kendricks got in for just one special teams play before his exit.

“Anytime you have an ankle and a toe, you’re looking at least a month,” Shanahan said. “So, that’s something we’re definitely going to have to discuss today, how it plays out for the final roster spot. What we have to do to get through the next week or so. That stuff we want to discuss by the end of the day and we’ll have a decision by tomorrow.”

Hurst and Kendricks both had chances to make the roster. Keeping them would force the 49ers to go into the year with injured players, but they could lose them to another team by waiving them. How to proceed with both players isn’t likely to be an easy choice for the coaching staff with mandatory roster cuts looming Tuesday.

Offensive lineman Senio Kelemete hurt his back late in Sunday’s game, but avoided a major injury for now. Shanahan said he’s day-to-day. Cornerback Alexander Myres was evaluated for a concussion, but he won’t enter concussion protocol after it was determined he did not suffer a head injury. 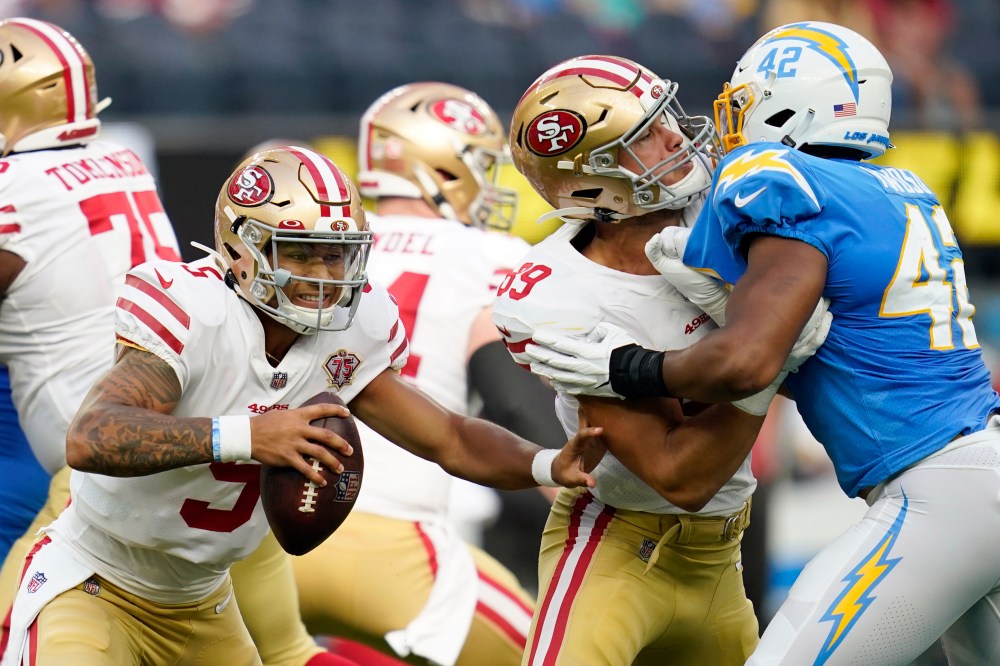