The San Francisco 49ers on Sunday released defensive end Daeshon Hall just a couple days before the start of training camp. This could be related to the pair of defensive ends the club worked out Friday.

Hall was a third-round pick of the Panthers in the 2017 draft out of Texas A&M. He played in just one game as a rookie before moving on to Philadelphia where he played in 12 games across two seasons. Hall has 1.5 sacks and one tackle for loss in his 13 career games.

The 49ers added Hall to their practice squad late last season and kept him through the offseason. His release cuts down the 49ers’ defensive end depth for the time being, though he was last on a depth chart that featured a slew of players more likely to make the club. San Francisco on Friday worked out undrafted rookie DE Justus Reed and former Bills DE Eddie Yarbrough.

There’s one vacant spot on the 49ers’ 90-man roster since there was no corresponding addition to Hall’s release. 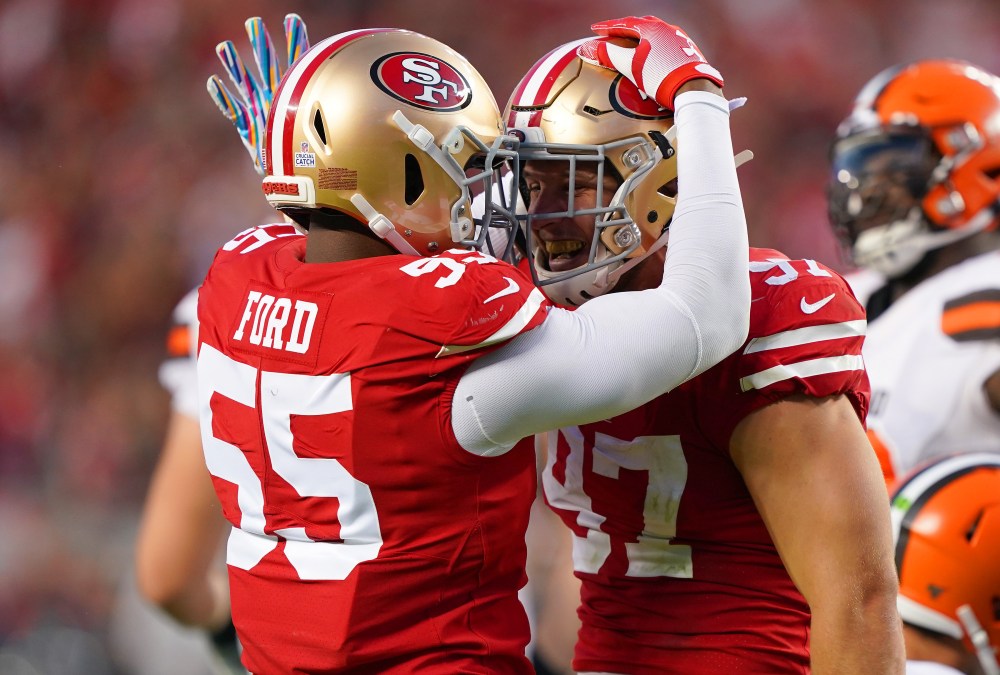