Typically power rankings are a tool to give a weekly snapshot of what the NFL hierarchy looks like outside the randomness of injuries, schedule strength, bad bounces that lead to losses, etc. They provide more context than the raw standings, and the 49ers’ dip in the USA TODAY NFL power rankings is a perfect example of that.

San Francisco after their loss to the Cardinals on Sunday at Levi’s Stadium sits at the No. 11 seed in the NFC, one game back of the seventh-seeded Falcons. A game out of a playoff spot with 10 left doesn’t tell the full story though.

The 49ers’ No. 21 ranking in the USA TODAY NFL power rankings, one spot below where they sat going into Week 9 is a much more accurate reflection of where they are after a blowout loss at home to a Colt McCoy-led Cardinals squad. USA TODAY’s Nate Davis went as far as to say the 49ers’ season is over:

TE George Kittle is fumbling? RT Mike McGlinchey is out for the year? They can’t compete with a severely depleted Arizona squad? Put a fork in the Niners.

It’s an accurate reflection of the 49ers’ 2021 campaign that they’ve trended down since Week 3 when they began a skid of five losses in six games. They haven’t been an underachieving good team. They just outright aren’t good enough, and continuing to put them in the middle of the pack and not the lower tier would be to ignore glaring issues in Santa Clara.

One bit of optimism for the 49ers though?

Suppose they do right the ship, stop committing turnovers and force a couple on defense. They have games left against the Falcons, Vikings and Seahawks – all teams ahead of them in the playoff picture.

It’d take a dramatic turnaround to make those games count though, and for now the 49ers belong closer to the bottom of the NFL barrel than up among the playoff contenders.

49ers injury updates: Week 9 a bad one for 49ers health 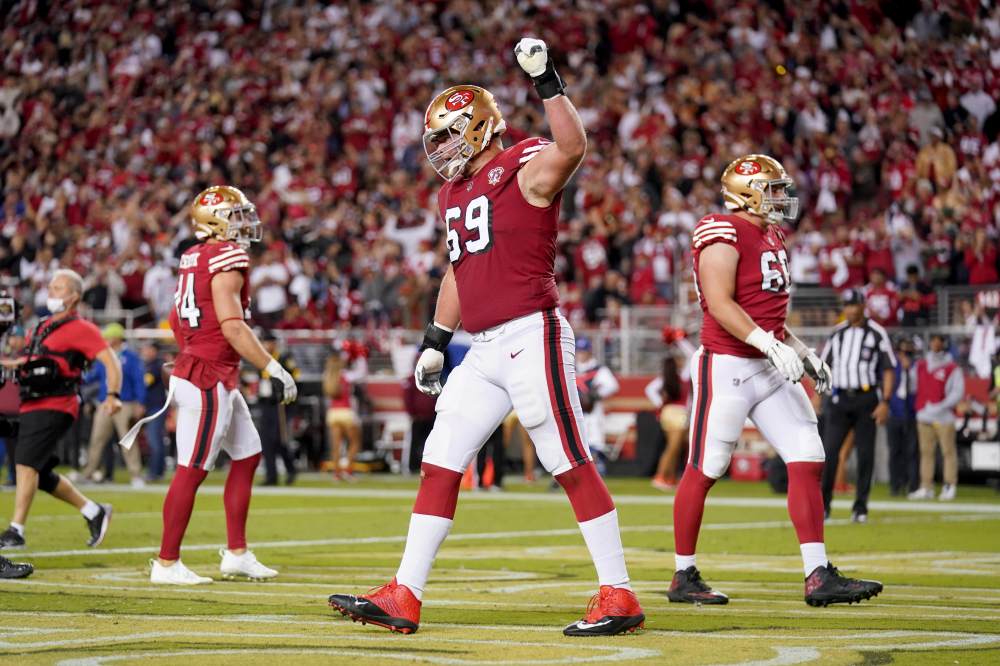