49ers wide receiver Deebo Samuel played two roles on offense in the team’s 31-10 thrashing of the Rams on Monday Night Football. His dual-purpose performance landed him NFC Offensive Player of the Week honors for the second time in three games.

Samuel finished Monday night with a five carries  for 32 yards and a rushing touchdown. He also hauled in five receptions for 97 yards and a touchdown through the air. He lined up out wide, in the slot, and as the running back behind and next to quarterback Jimmy Garoppolo. The 2019 second-round pick excelled in each spot.

While the numbers alone were enough to warrant an NFC OPOW nod, his 40-yard touchdown on a fourth-and-5 in the fourth quarter was the final nail in the Rams’ coffin. It was a vintage Samuel play — an in-breaking route 10 yards downfield, a catch in traffic, then a move to evade two defenders and he was gone.

The most impressive part about earning two of these awards in three weeks is how dramatically different the numbers were. Against the Bears he had 178 receiving yards and two catches of 50 and 83 yards. Against the Rams he did a little bit of everything as the positionless weapon the 49ers were hoping they’d be when they drafted him.

It’s not a coincidence Samuel was the conference’s top offensive player in each of the 49ers’ last two victories. He’s the straw that stirs their offensive drink, and they’ll continue finding ways to score as long as Samuel has the ball in his hands.

Forget the bad: All good stuff from 49ers win 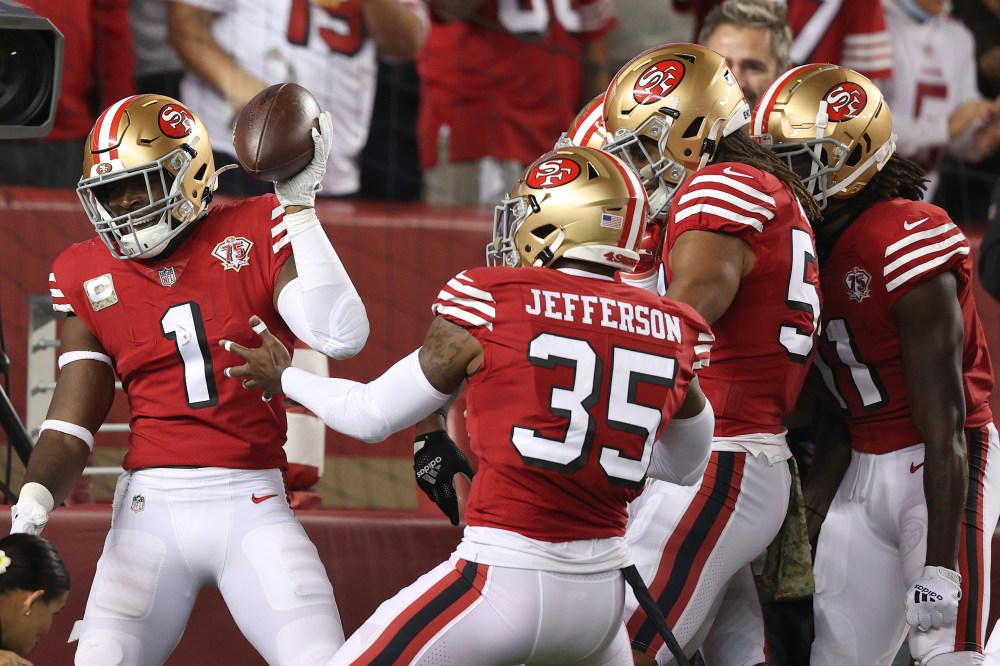