The doghouse of Kyle Shanahan’s that Brandon Aiyuk resided in to start the year is officially vacant. Aiyuk has been coming on for the 49ers over the last couple weeks, but Sunday’s outing against the Jaguars was a sign that he’s as in the mix as any of the 49ers’ pass catchers.

With starting running back Elijah Mitchell sidelined, and Jeff Wilson Jr. and Trey Sermon both struggling to find yards on the ground, the 49ers turned to wide receiver Deebo Samuel to generate a rushing attack. That left the No. 1 wide receiver duties to Aiyuk who shined in the expanded role.

Quarterback Jimmy Garoppolo targeted Aiyuk seven times – three more than anyone else on the team – and earned him a 31.8 percent target share. He caught all seven balls for 85 yards and a touchdown.

To put that in perspective, through six games Aiyuk had 16 targets, nine catches, 96 yards and a touchdown. Over the last four games he’s at 26 targets, 20 catches, 245 yards and two touchdowns.

The 49ers brought Aiyuk in to be a star when they traded up in the first round of the 2020 draft to select him. He had a fine rookie season and struggled to back it up early in Year 2. There were concerns that the 49ers were seeing a replay of the Dante Pettis situation that saw the former second-round pick flame out midway through his third year.

Aiyuk has taken a dramatically different route by breaking out in the last three games and putting up WR1 numbers in a Week 11 game where the 49ers needed him to be their top wideout. Over his last three games

With Samuel having the year he’s having and George Kittle still operating as one of the NFL’s best pass catchers at tight end, Aiyuk may fall into the role of a third option in an offense that isn’t liable to pass a ton. However, the fact he can still step into the WR1 role and own it the way he did Sunday is a great sign for him and the 49ers.

The proverbial Shanahan doghouse that stunted Aiyuk’s early growth in his second season is now fully vacant and well in the receiver’s rearview mirror.

Observations from a 49ers blowout in Jacksonville 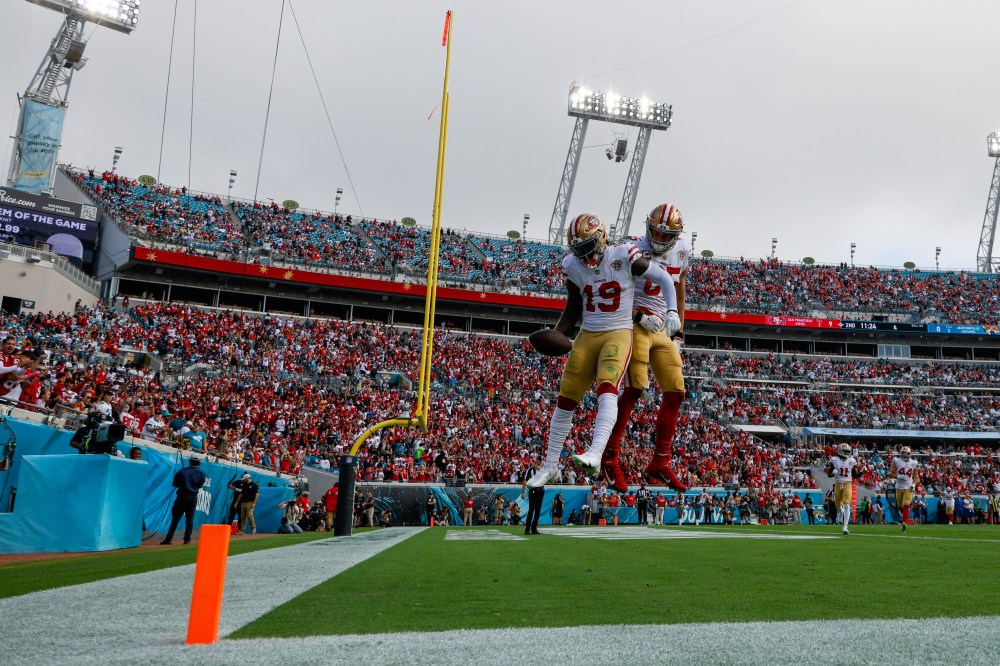