George Kittle is officially listed as ‘questionable’ for the 49ers’ Week 4 matchup against the Seahawks. It may not be easy for San Francisco to keep it star tight end off the field though.

Kittle, who played all 70 offensive snaps for the 49ers in Week 3, missed the first two days of practice leading up to Week 4 because of a calf issue that’s hampered him since early in the season. Head coach Kyle Shanahan on Friday told reporters the injury hasn’t progressed quite the way the team wanted it to.

“I don’t know whether it was Philly or whether it was Detroit. He’d gotten stepped on pretty hard, so that bothered him,” Shanahan said. “You have to ask him which week it was. So, I know that bothered him. And then we just thought that was irritated a little bit on Monday, but the fact that it was bothering him more than last week just concerned us a little bit more.”

The 49ers may be trying to take it easy with Kittle with his long-term health in mind, but the All-Pro tight end has other thoughts.

“I’m going to do everything I can do be on the field on Sunday,” Kittle said via NBC Sports Bay Area’s Jennifer Lee Chan. “If the body says I can go, I’ll be out there.”

It’s not surprising that Kittle, who’s played through injuries before, is going to try to get on the field. It’ll be even less surprising if he actually suits up, which would be ideal for San Francisco. Their offense is already struggling to find consistency with their best player in the lineup. Losing him for Sunday could make scoring difficult against even a bad Seahawks defense. 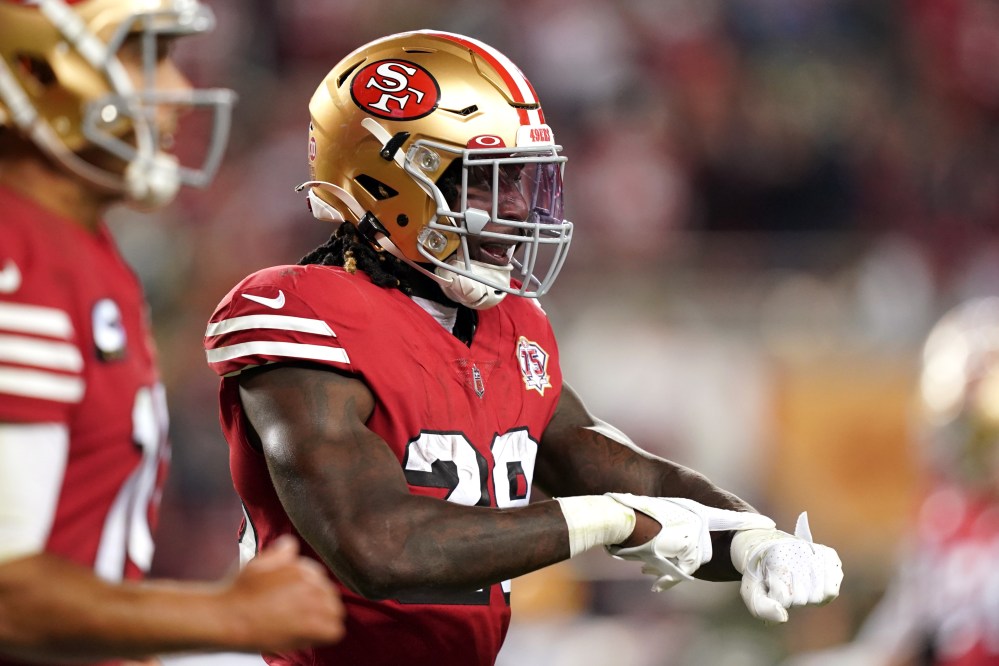