Trey Lance’s NFL starting debut was predictably sporadic. There were some very high highs and some very low lows. To accurately grade the performance though we have to view it through two lenses and issue two different assessments.

The first lens is the 2021 season. How did Lance look in a one-game sample as a signal caller for a team that entered the year with Super Bowl aspirations? Not great. In that scope he’s probably looking at something like a D+ or C- depending on how lenient you want to be on the distribution of a passing grade.

He completed just 15 of 29 throws for 192 yards, no touchdowns and an interception that was entirely on him. He stepped up in the pocket, but instead of running sailed a throw high for wide receiver Travis Benjamin and into the arms of Cardinals safety Budda Baker.

Lance also ran 16 times for 89 yards and turned several negative plays into significant gains. His ability to get the offense ahead of the sticks and into second or third-and-short with his legs was perhaps his best trait in the opener.

It was clear through the lens of this season why head coach Kyle Shanahan wasn’t ready to start Lance. His inexperience showed through too many times and a couple costly mistakes from the quarterback swung a close game. It wasn’t terrible, but it wasn’t Super Bowl caliber either.

The second lens is the more important one though, and that’s the one where we zoom out and start projecting what Lance can be in the NFL. In this area it’s easier to issue a B or B+ because the astronomical ceiling was very much on display.

Lance completed a handful of remarkable throws down the field and on out routes that require arm strength not every quarterback possesses. His average depth of target was 10 yards per Pro Football Focus (Jimmy Garoppolo’s this year is 6.9), and the 49ers’ passing offense looked much more open than it has perhaps since Shanahan arrived.

While accuracy, touch and a long release continue to pose problems for Lance, those are all correctable. His biggest flaw was inexperience as a passer, and it showed Sunday.

What also showed though was a willingness to let the ball go on longer throws and those tosses to the sideline. There may have been some issues going through reads, but there wasn’t an issue pushing the ball down the field even after an early interception.

Lance’s legs also posed a sizable problem for the Cardinals defense, although the ideal version of San Francisco’s offense probably contains fewer designed runs. He avoided a number of sacks, turned those losses into gains, and looked to throw before tucking and running. It wasn’t often bailing out of the pocket just to take off as much as it was extending the play.

In a one-game sample based solely on what it meant for the 49ers in Week 5, Lance left a lot to be desired. But expecting him to be great on Day 1 would be setting an impossibly high bar. The more important view is the long one, and with some polish, Lance has every tool to be a star in the NFL. As long as he earns strong marks in that area, the future is bright under center in San Francisco.

49ers vs. Cardinals game recap: Everything we know 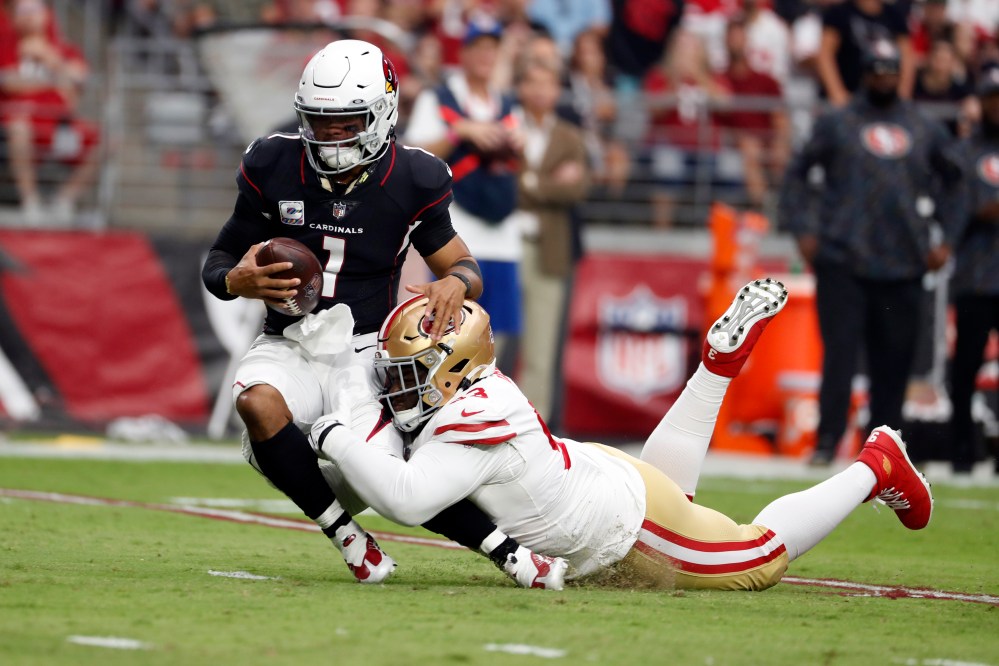