Jimmy Garoppolo left the 49ers’ Week 4 loss to the Seahawks at halftime because of a calf injury. Rookie Trey Lance played the entire second half, and after the game Garoppolo’s somber postgame press conference where he hoped the calf injury would only keep him out “a couple of weeks or something” made it sound as though Lance may be the starter for awhile. Head coach Kyle Shanahan on Monday offered good news on Garoppolo’s injury though and didn’t rule out the veteran quarterback’s return in Week 5 at Arizona.

Garoppolo had an MRI that revealed a calf contusion which will be re-evaluated Wednesday. The diagnosis was a more optimistic one than the 49ers were anticipating and may not sideline Garoppolo for any time.

“No, it does mean he has a chance,” Shanahan said of Garoppolo’s status for Week 5. “It wasn’t as bad as we thought it might’ve been. Seeing him today, he’s in a lot of pain. He’s still sore. Hopefully by the time he comes in Wednesday, if it’s getting better, then he’ll have a good chance. Looking at it as a bruise. If it hasn’t improved at all by Wednesday, it’ll probably be a little bit longer.”

Garoppolo after Sunday’s game said he sustained the injury in the first quarter and tried to play through it, but as the game wore on the injury got worse and by halftime he was unable to re-enter.

In the first quarter Garoppolo completed 10 of his 12 throws for 132 yards, one touchdown and one interception. In the second quarter he went 4-for-11 for 33 yards.

The 49ers begin on-field preparations for the Cardinals on Wednesday, at which point we should get a better idea of Garoppolo’s status for Sunday.

49ers vs. Seahawks: It was mostly bad, but not all of it 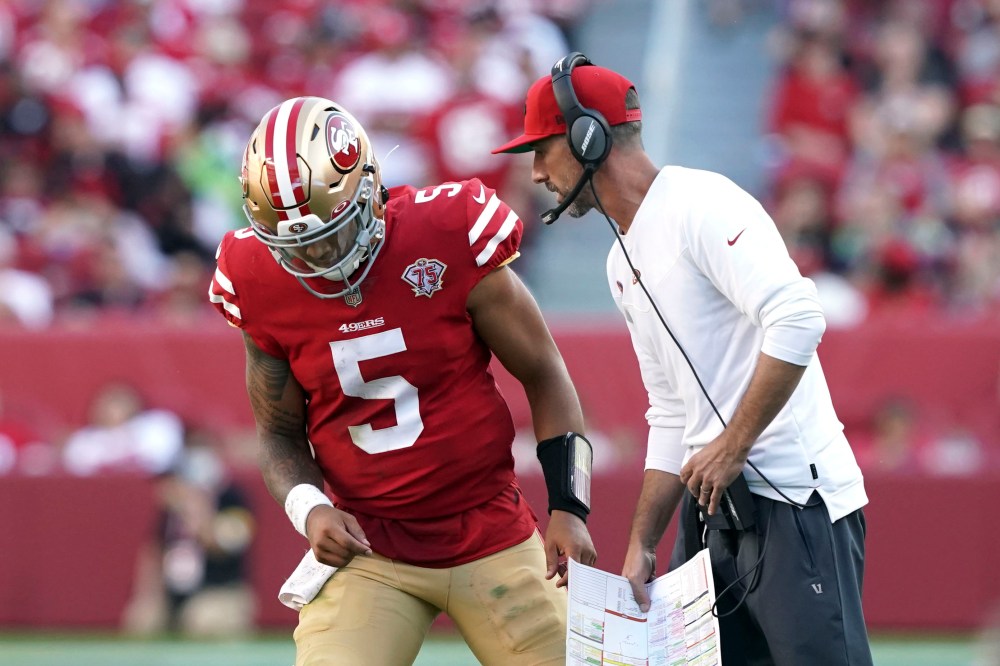