49ers head coach Kyle Shanahan on Monday spoke with reporters on a conference call and with much more verve than he had after Sunday night’s loss to the Colts, said Jimmy Garoppolo will start for San Francisco in Week 8 when they visit the Chicago Bears.

Shanahan also said rookie quarterback Trey Lance is on track to return to practice after missing all of last week with a sprained knee.

Garoppolo on Sunday struggled in an ugly, wet night in Santa Clara that saw a torrential downpour last for most of the contest. He completed 16-of-27 throws for 181 yards, one touchdown and two interceptions. He also lost a fumble.

After the game Shanahan said, “I would guess so” when asked if Garoppolo was starting in Chicago, but he told reporters Monday that had to do with Garoppolo’s health. His injured right calf wasn’t a problem after the game which allowed him to retain his starting spot.

The 30-18 defeat was the 49ers’ fourth consecutive loss and third straight loss with Garoppolo under center. In the final three quarters Sunday night San Francisco amassed only 126 yards of offense and six points while committing four turnovers.

Onward they roll with Garoppolo though who still gives the team the best chance to win in the head coach’s estimation. As long as that’s the case, No. 10 will be the starter.

4 takeaways from whatever 49ers were doing vs. Colts 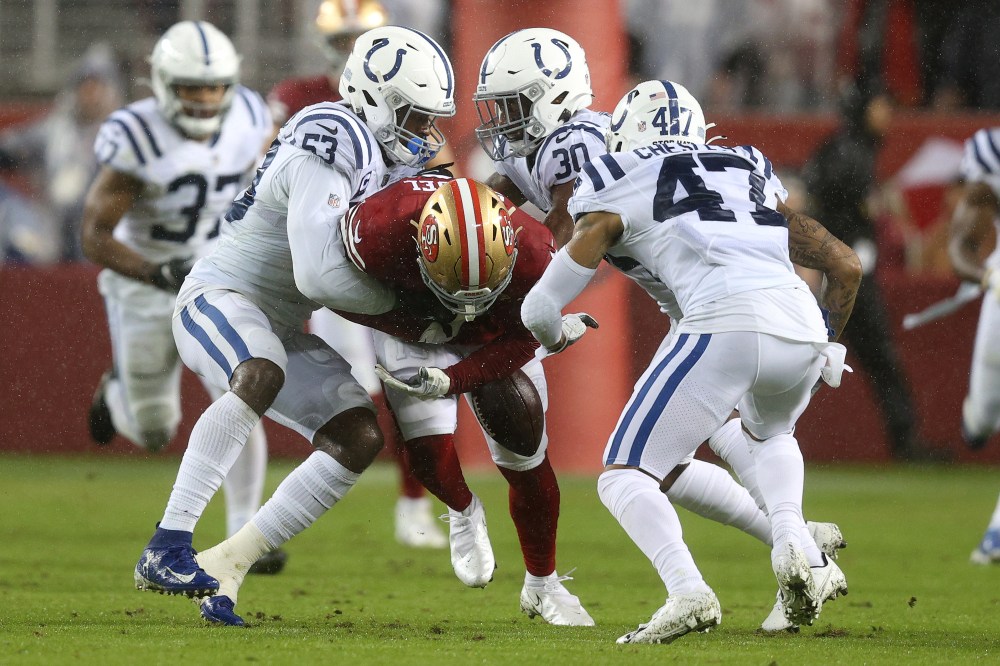