Trey Lance was the talk of training camp Saturday after his best performance of the preseason. While the buzz from his outing dominated the conversation around the 49ers through the weekend and into Monday, head coach Kyle Shanahan was quick to knock down any notion that the rookie was in the running for the starting job.

Shanahan said to start camp there wouldn’t be an open quarterback competition, but added that the player would start who gave them the best chance to win. The first step or Lance would be getting reps with the starters, but the head coach said that’s not happening any time soon.

“No. I wouldn’t say that. I think when I said that I meant in terms of, and I think when you guys ask if there’s competition, is that balanced reps and does one guy go with ones one day, the next guy, the next day and stuff like that. And that’s kind of what I meant, but everybody has to earn their position at every spot,” Shanahan said. “I mean, whether twos are out there doing well, threes are out there doing well. There’s always competition, but no, we’re not splitting their reps up going against the ones and stuff. I thought Trey had one of his better days on Saturday. But that was nothing to move him up there to start talking differently with Jimmy or anything like that.”

It makes sense given that the team is only five practices into camp and the pads haven’t come on yet. One stellar showing from the No. 3 overall pick wasn’t enough to deter Shanahan from the course where Garoppolo starts Week 1 in Detroit. However, he didn’t rule out the idea that Lance could eventually move into that spot.

“Yeah. I mean, I just think to look a lot better than the guy who’s been playing for a while and done everything in practice and in three preseason games where you’re not playing in all the games,” Shanahan said of what it would take for Lance to compete for the starting spot. “And I think that would be pretty tough to do so I’m not trying to put that pressure on Trey. But I mean anybody who can pull stuff off, I mean, you’re going to see it that way. Jimmy has played too good of football. He is too good of a player and Trey’s trying to learn everything right now and soak it all in. So that’s why I’d be very surprised if he was able to do that.”

There are still some benchmarks Lance will have to hit. The coaching staff will need to see how he performs in pads against his teammates. Then how he plays in a preseason game. Then how he does in joint practice with the Chargers and in another preseason game where he sees more action.

Lance’s prospects as the starting quarterback for the 49ers are going to continue to be a story that ebbs and flows throughout camp, but don’t expect Shanahan to get caught up in any hype. 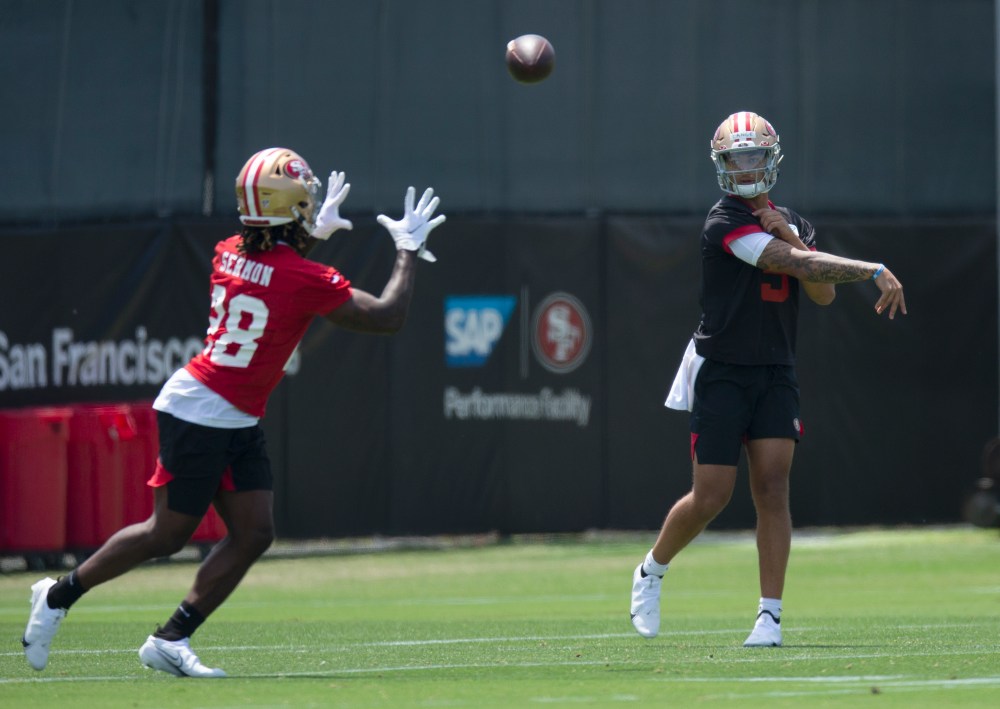