Injuries in the 49ers’ backfield thrust rookie third-round pick Trey Sermon into action in Week 11, and he earned touches for the first time since Week 5. While injury issues played a role in Sermon’s expanded role, head coach Kyle Shanahan said the running back has earned the additional opportunities.

Sermon, who hadn’t seen an offensive snap in over a month, had 10 carries and 32 yards on the ground, and a target in the passing game that he turned into a 23-yard reception. Shanahan said the rookie has been improving and taking advantage of more opportunities.

“I think he’s better now than when he was given the last opportunity and I know I get these questions about Trey a lot,” Shanahan said. “So, he’s been doing it each week. He has been earning stuff and improving each week, but there is a pecking order with backs. You can only give so many guys the ball. Elijah’s (Mitchell) kind of solidified himself as our starter this year.  Jeff Wilson has done it since he’s been here and (JaMycal) Hasty being on the bench and then Elijah getting hurt this week opened up an opportunity for him to get some reps again. And I thought he came in and showed what he’s been showing in practice, he’s been getting better and I thought he did a good job in helping us win on Sunday.”

Sermon’s last major opportunity came in Week 4 when Mitchell was out with a shoulder injury. He had 19 carries for 89 yards in that game. Since then he’s mostly been relegated to special teams work when he’s not a healthy scratch.

The 49ers traded two fourth-round picks to climb into the third round to select Sermon, so his relative absence from the offense has been a head-scratching problem.

If he continues taking advantage of the added work though he could surpass the likes of Hasty and Wilson on the depth chart and have a more regular impact like the 49ers anticipated when they made him a third-round pick this year. 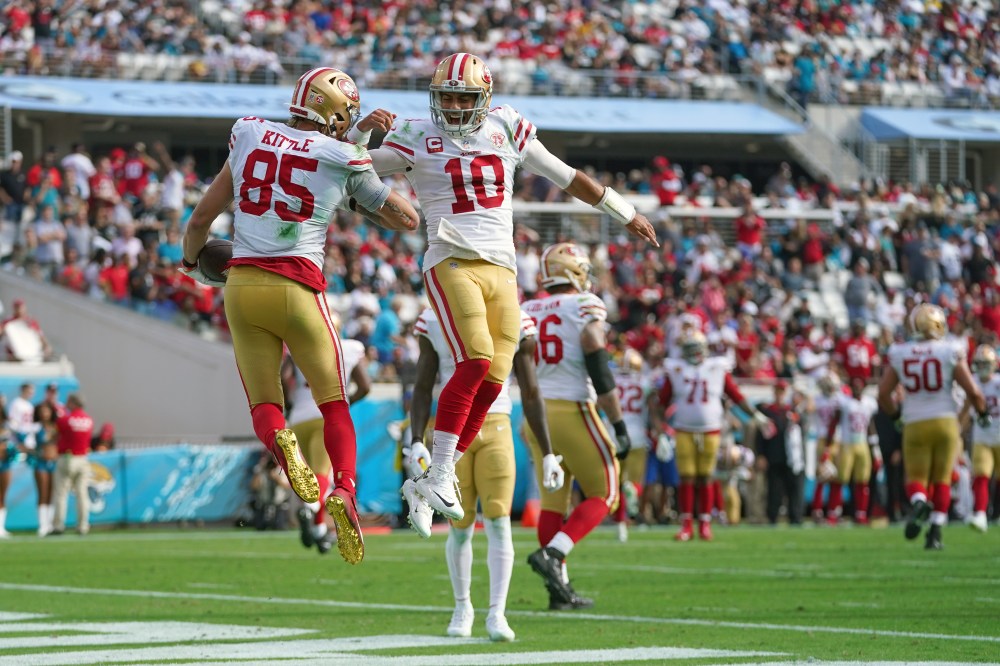