49ers star defensive end Nick Bosa hasn’t seen much of rookie DE Drake Jackson, but the glimpses he did get of the No. 61 overall pick left a mark.

Bosa in a press conference at the end of 49ers minicamp was asked about his fellow edge rusher and heaped some high praise on the USC product.

“He’s super talented,” Bosa said. “He does things out there that I definitely couldn’t do as a rookie, just the way he moves. He’s definitely got some impressive stuff about him, but it’s only been two days where I’ve seen him.”

It’s only been two days of practice, but Jackson’s athleticism and how he can turn the corner as an edge rusher both jumped out to Bosa.

“Just his bend and his mobility that young,” Bosa said. “I think his gymnastics background, he just could bend really well. And that’s something I had to improve on as my career’s gone on as I’ve trained with my brother and our trainer. But yeah, he’s just got it naturally. So, if he could keep building and keep getting better it’ll be pretty scary.”

It’s important to note that Jackson hasn’t had to go against offensive linemen yet, and Bosa’s exposure to him was just in a couple of mandatory minicamps. Praise for a teammate is worth taking with a grain of salt, but there’s also a world where Jackson has a Defensive Rookie of the Year type of season.

Jackson fell to San Francisco late in the second round. It might wind up being the steal of the draft. His stock was impacted by a deep edge class combined with coaching turnover at USC that left Jackson playing a number of roles that didn’t maximize his skill set.

That his size and athleticism stuck out to a player like Bosa is a good early sign for the 49ers and their rookie pass rusher. Now he has to translate that athleticism to production in training camp and the preseason. For now San Francisco will take the early praise from Bosa as a good start for their top draft pick. 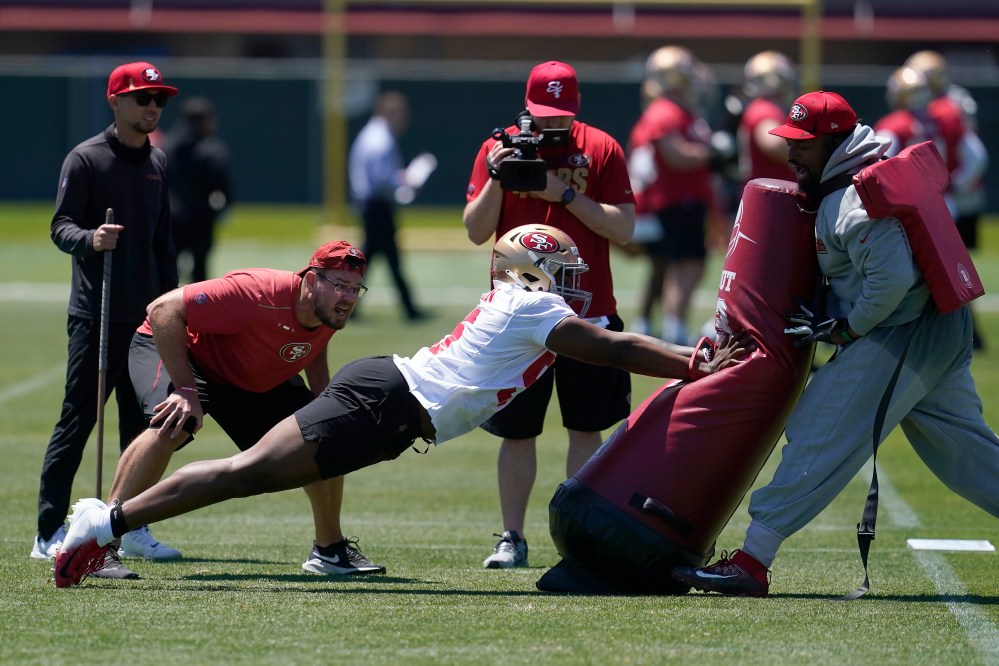