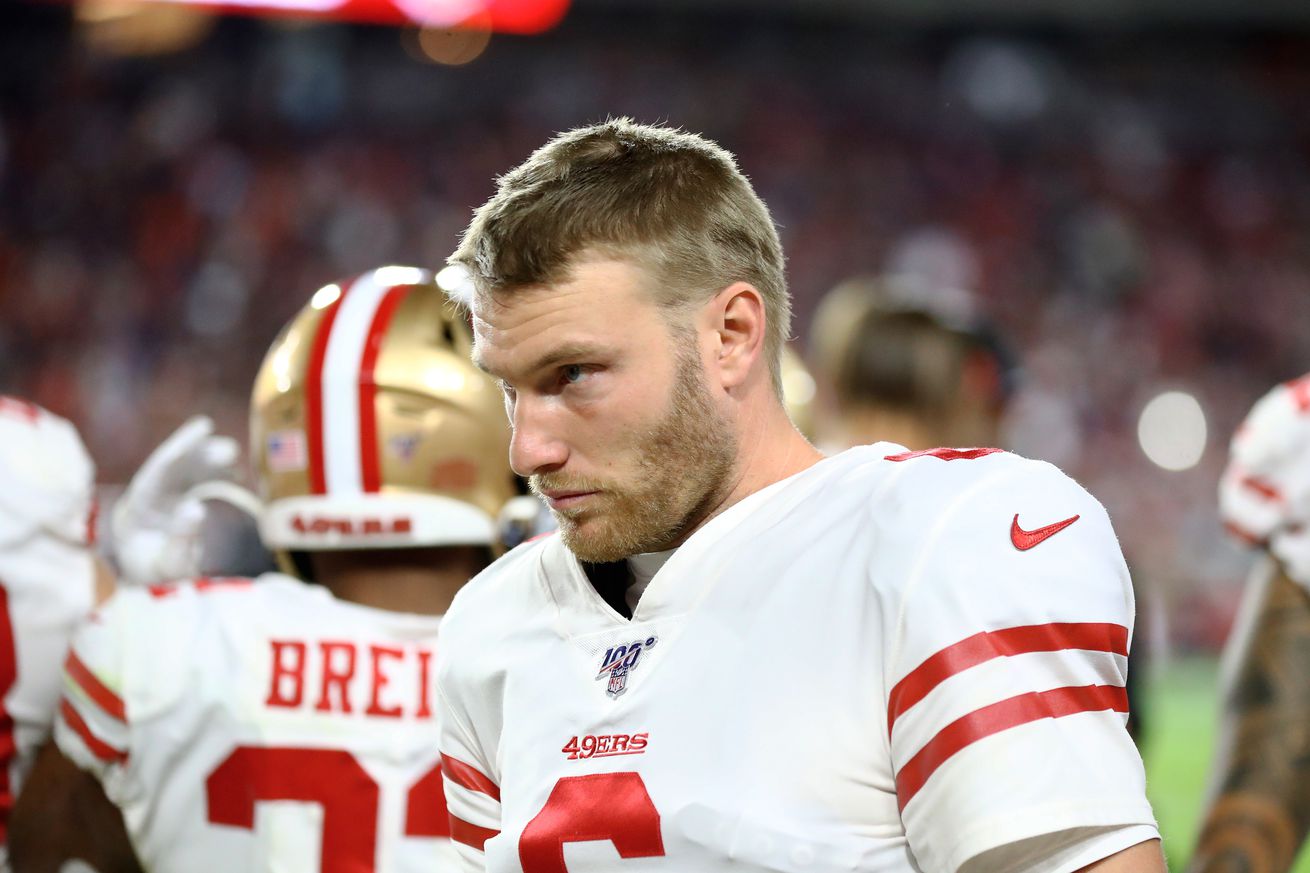 Punterville has hit its lows but there are far more highs. Let’s party!

Citizens, we have ended our first regular season to build on the legend of our hero Mitch Wishnowsky. Yes, he did not cause never-ending fumbles that we hoped from his kicks, but as a rookie, you can never ask for too much from a punter. I rather like to look at what he did. Besides, this season is not yet over. We can still put together a postseason of punting pleasure.

So why am I holding a State of the Punter? Because we have to look at what Wishnowsky did all season, and there are some great things but none as great as what he did to motivate and help with the construction of this great city:

The Boomin’ Onion with the hit of the year! @mitchwish did it #ForTheBrand and the most viewed highlight on @49ers Twitter in 2019! pic.twitter.com/INIICca9Qz

Punterville was under construction long, LONG before this hit, but this hit definitely opened up trade routes and a parliament. From there, we got a lot of good (hangtimes, pins) and some bad (The New Orleans Saints game, kicking it out of bounds on kickoffs), but all heroes deal with adversity and our hero, our icon, Mitch Wishnowsky had dealt with his like a champ. He’s still punting into the postseason after all.

There’s something to be brought up; also, the 49ers have had very, very different field positions when punting the ball away this year as opposed to 2018. Please consider that when looking at the punting possibilities of our hero.

Here’s the thing about Mitch Wishnowsky, he had 52 punts. 26th in the league. That means he didn’t punt very much — the less used of our hero, the better. From there, his gross punt average was 44.9 yards (tied for 23rd) longest punt was 65 yards (tied for 13th) and had 27 punts pinned inside the 20 (23rd). Not the greatest numbers but again: rookie, and the 49ers were in a different position with punting than they were years ago. Take that into consideration.

There are things that our hero can do while he builds his legend, but for a rookie, and what he’s done to help defensive field position, I think he’ll get better.

Citizens, tell me what you think of punterville: