There’s a very real scenario where 49ers rookie QB Trey Lance doesn’t start at all in his first season. That doesn’t mean he won’t see the field though.

Lance’s multifaceted skill set makes him a weapon head coach Kyle Shanahan can deploy in a variety of ways without making him a starter. Lance during his 17 starts for North Dakota State threw 207 passes and notched 184 rushing attempts. It stands to reason the 49ers could aim to utilize him in packages specifically designed to throw a curveball at defenses throughout the season.

While the prospect of Lance flashing his high-level physical tools as early as possible is enticing, the club has to ensure they’re keeping his long-term development in mind. Shanahan on Tuesday in a press conference said that fitting Lance in on some run plays wouldn’t be difficult to balance against growing other areas of his game.

“I don’t think it’s as hard as it seems. It’s not like you need to practice running the ball a lot,” Shanahan said. “It’s not like he’s going to practice bouncing off guys and stuff in practice. When you put a quarterback run in it is more based off of an element of the defenses and accounting for them. So you just run it until they account for it, then you go to other stuff. So you take what they give you. And if you watch his college tape, he’s gotten plenty of runs. So we don’t need to go out there and run him in practice and stuff like that.

“But you do need to make sure that you’re O-Line and running backs know how to do it. And that usually ties into every single other run that you do. Just, you’ve got an element of maybe the quarterback keeps it or there might be some runs that, ‘Hey, we might have the quarterback do that this week, where the running back to the last week.’ But the O-Line doesn’t know the difference. So as long as you’re developing a system, it’s interchangeable who you put in there. You’re never going to put a guy in who is not ready for it, but I don’t think you’re not trying to put in a running game that a quarterback has to practice every single day.”

That sounds an awful lot like a coach who’s thought about how to use his rookie quarterback without starting him. However, Shanahan pumped the brakes some when asked directly about widening the playbook to include the No. 3 overall pick even when he’s not the starter.

“It’s too early to make that. I mean, obviously you want to use anyone who can help in situations,” Shanahan said. “And when you do have a quarterback who has the threat to run and who can make throws that’s something I would love to use. But that’s something that will be based off of whether he’s ready, how it looks that week based off the schemes we’re going against and how he fits in our offense overall based off what we’ve seen in practice.”

It’s hard to imagine the 49ers aren’t itching to plug Lance in as soon as possible, and given what Shanahan said, it sounds like the only way he won’t see the field early in his rookie campaign is if he’s a complete disaster in camp. At that point San Francisco would have a much bigger problem on their hands, and all signs early in Lance’s career point to it not being a concern.

Should Lance continue on his current trajectory and hold onto the backup quarterback job, chances are we see him sooner rather than later, even if he never moves into a starting role in 2021. 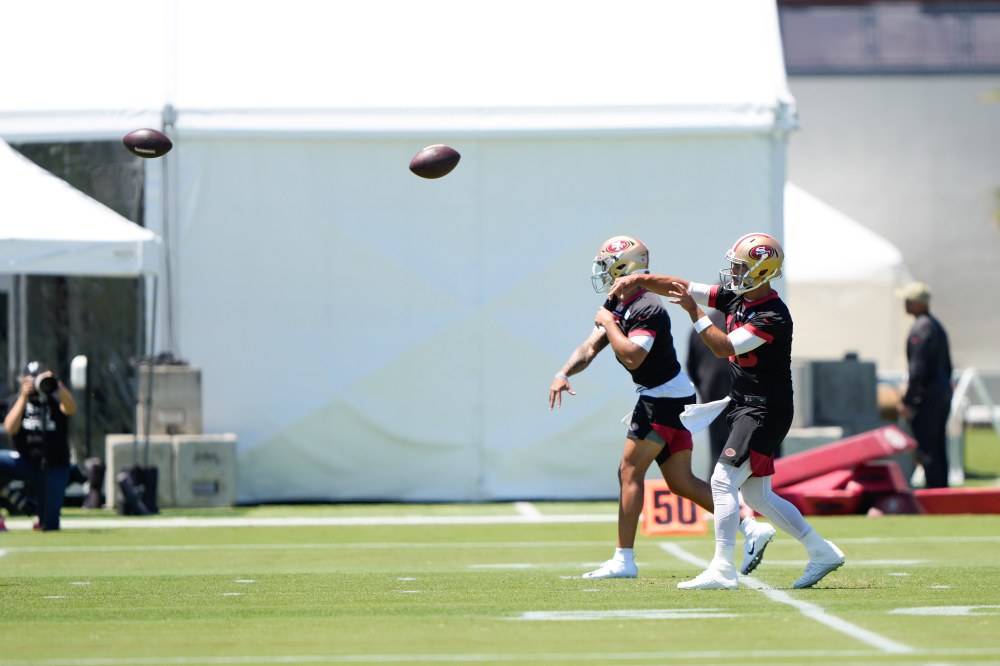