It was clear in Trey Lance’s NFL debut why the 49ers didn’t want to make the No. 3 overall pick their starting quarterback in the season opener.

Lance was on the field for four mostly unproductive snaps. He carried the ball three times for only 2 yards and the speed of the game looked to have a significant impact on the lack of success on the designed runs he was in for.

It appeared at least two of his runs involved a read by the young quarterback, and the result on both was for him to keep the football and run into the line of scrimmage.

There’s a caveat here in that perhaps the coaching staff told him not to get too horizontal or if the handoff wasn’t there to just fall forward and not lose yards. There could also have been blown blocking assignments up front, but the fact remains Lance didn’t look ready to operate an offense on a team with visions of making a Super Bowl run.

On the other hand, he threw a touchdown pass on a play action look to put the 49ers ahead 7-0 in the first quarter, and gained some valuable experience seeing a starting NFL defense. Everything Lance does this year is about his development, and these snaps are allowing him to ease into life as an NFL signal caller.

Lance played only one football game in 2020 and needs to get some reps before taking over as the team’s starting quarterback, presumably in 2022. Sunday was his first taste. It’s not a surprise to see him struggle to generate big plays on designed runs. The 49ers knew it wasn’t going to be easy for him, and that’s why Jimmy Garoppolo was the starter.

From a production standpoint it’s easy to say the two-quarterback experiment failed and that Lance should ride the bench if he’s not going to create big plays for the offense. These reps are valuable though, especially if he’s needed in the event Garoppolo is unavailable at some point this season. It also gives opposing defenses something to watch and game plan for. Expect Lance’s package of plays to expand some as the season progresses. Sunday was only a start.

One five-yard touchdown pass is a nice feather in Lance’s cap, but the real victory for the rookie in Detroit was getting on the field and not making any disastrous plays. He’s still knocking the rust off after what amounts to a year away from playing football. Consider at least a little bit of the rust chipped away as the 49ers and Lance continue their a long-term project of developing him into an elite NFL quarterback.

Observations from each quarter in 49ers’ nail-biting victory 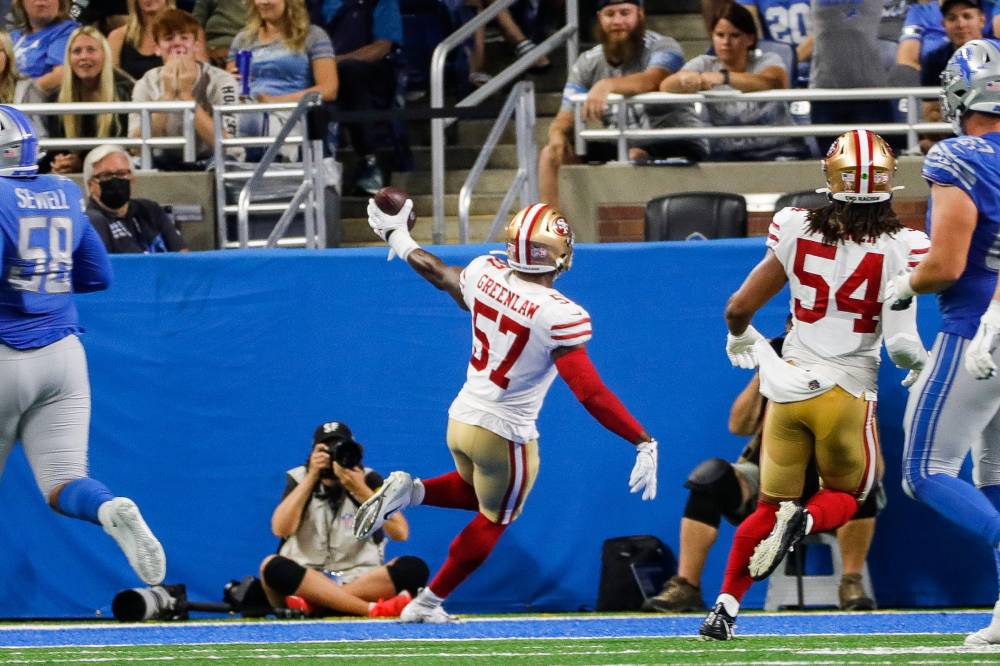