As the 49ers move forward with Jimmy Garoppolo once again following Trey Lance’s season-ending injury, one of the hottest topics of discussion has been the level of freedom with which Garoppolo will be allowed to play following his return to the starting lineup.

After he stepped in for Lance in San Francisco’s 27-7 win over the Seahawks in Week 2, Garoppolo raised some eyebrows when he compared his performance, in which attempted two throws of over 30 yards downfield, to his five-game stretch in 2017 after he was traded to the 49ers from the New England Patriots.

“It just felt good,” Garoppolo said. “We were talking earlier, it kind of felt like 2017 where you just go out throwing and make plays. That’s what I like to do. It’s different than what we usually do around here, but sometimes you need to do that.”

He elaborated on that observation during his Thursday press conference.

“I’d love that,” said Garoppolo in response to a question about pushing the ball downfield more often. “There’s a lot of things that go with that, obviously, but yeah, I love doing that stuff. In 2017, there was a freedom where me, the receivers, tight ends, we had a good chemistry going.

“And when you get that with offensive skills and a quarterback, it makes for a tough offense.”

Kyle Shanahan has since been regularly asked about Garoppolo’s comments in the lead-up to the Week 3 meeting with the Denver Broncos and emphasized on KNBR on Friday (h/t 49ers Webzone) that the Niners’ goal on offense is efficiency, regardless of how deep the quarterback is throwing the ball.

Yet the best way to create efficiency is through explosive plays and, while the 49ers have consistently done an excellent job of creating them through Garoppolo throwing the ball to the short and intermediate areas and setting up opportunities for yardage after the catch, incorporating more opportunities for Garoppolo to go deep could provide another route to the kind of gains that can turn the game in San Francisco’s favor.

Garoppolo is not an overly accurate downfield thrower and the deep passing game is unlikely to be as explosive as it would have been with Lance under center. However, the 49ers have the pass-catchers to negate his deep inaccuracy.

Brandon Aiyuk can create downfield separation with his route-running and has the length to consistently win contested catches. Similarly, Jauan Jennings and George Kittle have catch radiuses to allow them to reel in off-target deep throws.

Garoppolo’s challenge will be building chemistry with the speed receivers acquired with Lance in mind, Danny Gray and Ray-Ray McCloud. He targeted both in the win over Seattle.

And Garoppolo is confident he can build chemistry with that pair as he did with speedster Marquise Goodwin in 2017.

“There are some good players out there. I’m not trying to pump anyone up too much, but some of those guys can fly,” Garoppolo said. “Ray-Ray, not being a young guy, but just a new guy, he can move. Danny can move. There’s a lot of speed out there, so the chemistry’s coming. It’s coming, and it’ll only get better.”

San Francisco’s best path to success with Garoppolo is one in which they play to his strengths, the primary of which is his decisiveness and accuracy on the throws over the middle that are a staple of the Shanahan offense.

However, if he can complete more balls downfield to the receivers he is already familiar with and connect with the new additions to the pass-catching group, that will theoretically open more opportunities for the short to intermediate passing game and for the running game to take the pressure off Garoppolo’s shoulders.

The 49ers don’t need the deep ball to succeed with Garoppolo under center, but their avenues towards efficiency on offense may be greater if Shanahan takes it back to the future and allows his quarterback the freedom to attack deep he so clearly relished when he first arrived five years ago. 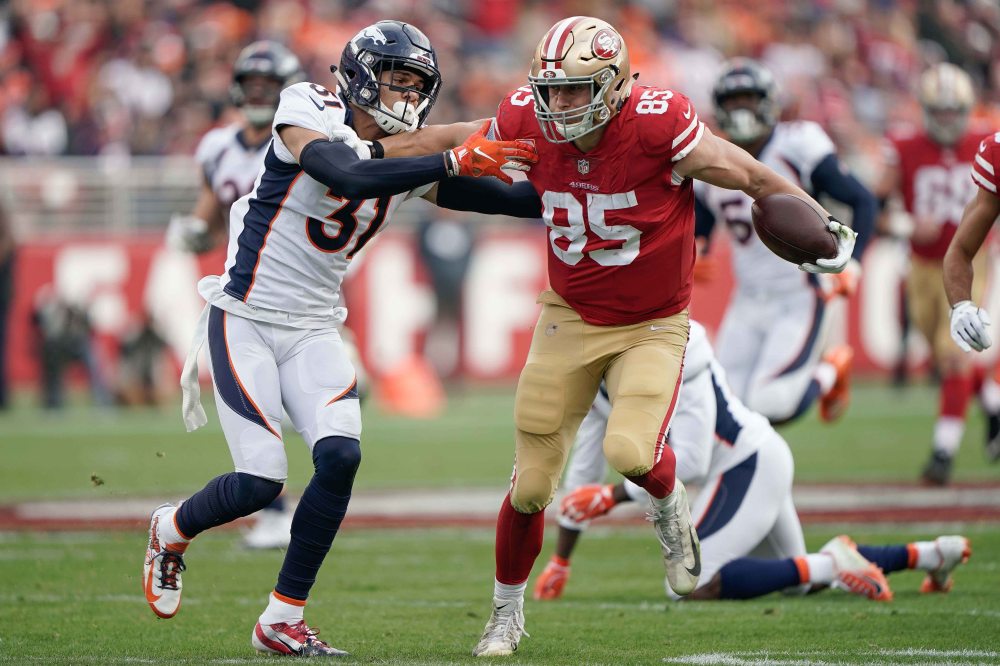