In Week 1, the Las Vegas Raiders will host the Baltimore Ravens in a critical AFC matchup. To get you prepared for that contest, we talked to Kevin Oestreicher, the managing editor of the Ravens Wire, about this matchup. Here are his thoughts on the Ravens this season and how they might fare against the Raiders on Monday Night Football.

1. What is the current health status of the wide receivers?

The Ravens’ wide receivers have been banged up for much of the offseason, but the group is starting to get healthy again. While both Rashod Bateman and Miles Boykin will miss the first three weeks of the regular season, Marquise Brown and Sammy Watkins returned to practice recently, which is a big boost.

2. How big of a loss is J.K. Dobbins and what can you tell us about Ty’Son Williams?

There’s no understating how big of a blow losing J.K. Dobbins is. He was expected to be one of the biggest breakout stars of 2021, and his balance, power more will be missed. However, Ty’Son Williams showed during training camp and the preseason that’s he’s more than ready to step in. While he’s no Dobbins, he can get to the edge in a hurry, has good vision and is solid in pass protection as well.

3. Where is Baltimore’s biggest weakness heading into Week 1?
Right now continuity is somewhat of a concern. With the number of injuries the team has had so far, some players haven’t had time to gel with their teammates, especially at the wide receiver position as well as on the offensive line. Other than that, running back depth is a concern as well, although the team did sign Le’Veon Bell to their practice squad and could add another back in the coming days.
4. Give us one player to keep an eye on during this matchup with the Raiders
Defensive tackle Justin Madubuike is my breakout player for Baltimore in 2021, and I think he has the potential to wreak havoc inside on Monday Night against Las Vegas. He’s in line for a much bigger role in 2021 as he is stout against the run and can generate interior pressure as well.
5. Who do you think wins this game and why?

I think the Raiders present more of a challenge for Baltimore than people think. However, the Ravens have been unstoppable in Week 1 over the last four years, outscoring their opponents 164-19 over that span of opening games. I think Baltimore will be able to continue that trend by riding their running game as well as playing stellar defense on their way to a 1-0 record, although I wouldn’t be surprised if Las Vegas puts up a good fight 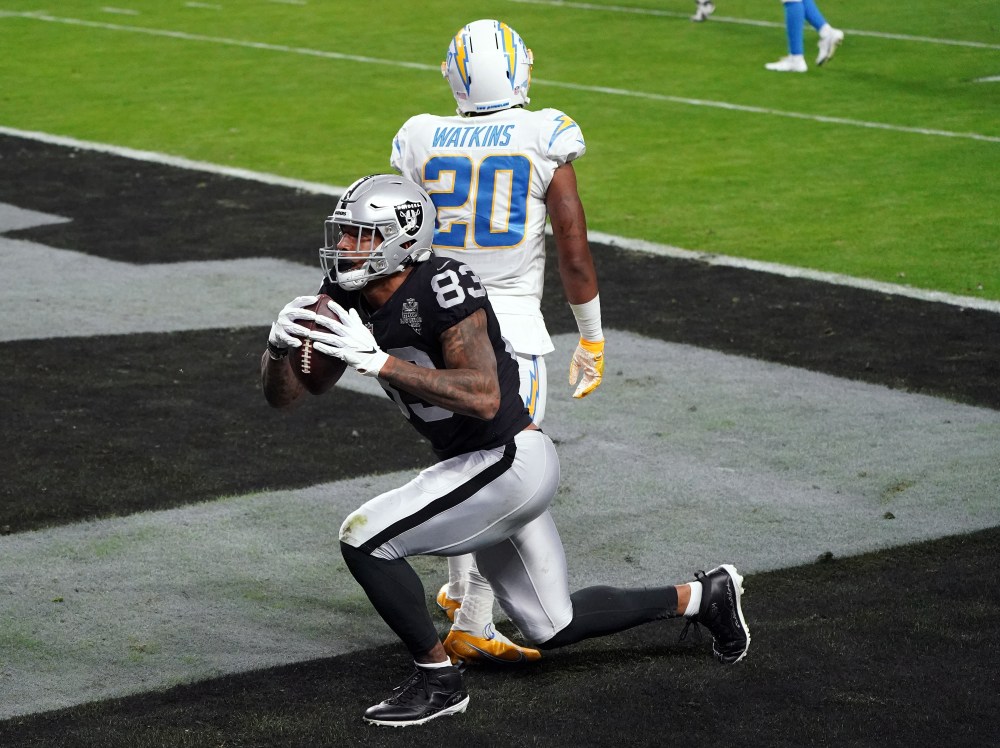