As of Tuesday morning, the Buccaneers were said to be still weighing their options with regard to the possibility of bringing back defensive tackle Ndamukong Suh. As of now, however, that door may have been slammed shut.

The Bucs have agreed to terms with DT Akiem Hicks on a one-year, $10 million deal according to ESPN’s Adam Schefter.

Former Bears’ DL Akiem Hicks reached agreement today on a one-year deal worth up to $10 million with the Tampa Bay Buccaneers, per source. Deal negotiated by Bucs’ exec Mike Greenberg and agents @DrewJRosenhaus and @RyanMatha.

A deal like that suggests the Bucs have found their starter to go alongside Vita Vea and thus moved on from the 35-year-old Suh.

Meanwhile, there is one report out there from early Tuesday morning that the Raiders have at least shown some interest in Suh. Or even that the other potential suitors have been dropping out.

Source: #Bucs and #Raiders still in on DT Ndamukong Suh. Talks are ongoing with Las Vegas, while Tampa Bay will let all the options die down first. #Browns have backed off.

How much weight to put behind this report is hard to say. For now, it’s perhaps just worth noting in light of the Buccaneers making the decision to add Hicks on the same day.

The Raiders have been busy signing and drafting defensive tackles this offseason, making any interest at this point seem somewhat odd.

But if you want to find a way to make sense of any potential interest, it isn’t hard to do so.

Defensive interior lines usually work on a rotation, so it’s often the more the merrier, as was the case last season for the Raiders, making for one of their better groups in some time. 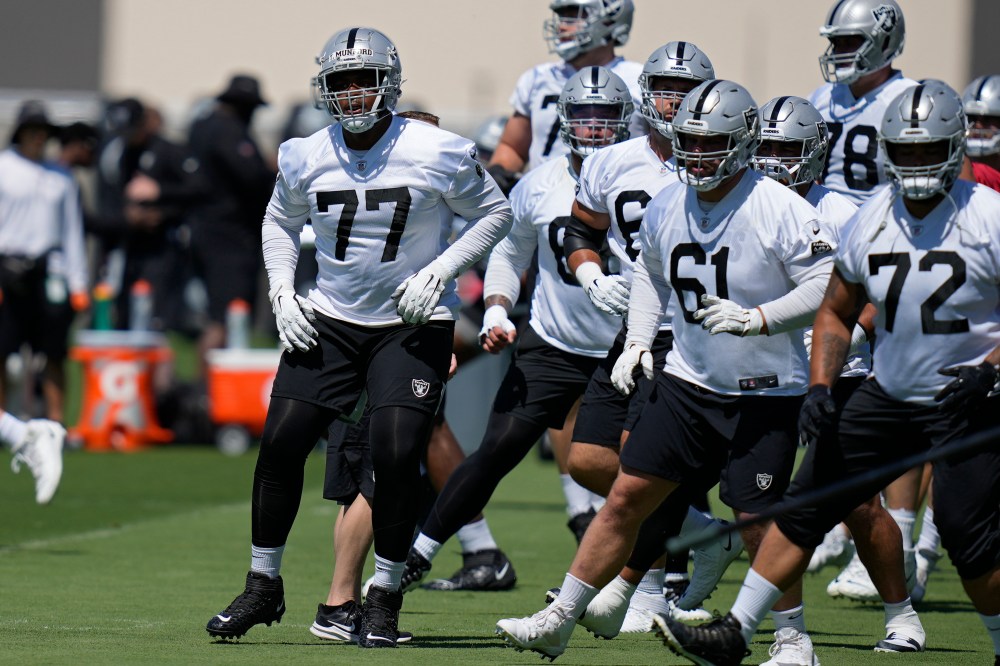