The Raiders won 10 games during the 2021 season as they made the playoffs for the first time in several years. But can they repeat that season again in 2022 and make it further into the playoffs?

In a recent article by Cynthia Frelund and her team of analytics experts, she wrote about every team’s projected win total in 2022. For the Raiders, she projected 9.1 wins this year, which would likely put them just out of the playoff picture.

“The Raiders’ O-line is a big source of concern this season. The unit faces a very tough test out of the gates in the Chargers, who added a familiar face in Khalil Mack to an already Bosa’d-up defensive front.

The Raiders, playing in the toughest division in football, could see their season come down to how they fare in Weeks 13-17 (Round 2 vs. the Bolts, at Rams, vs. Patriots, at Steelers, vs. 49ers) due to the gauntlet of pressure generators they’ll see in sequential weeks.”

The Raiders did win a bunch of close games last season and usually, that isn’t very repeatable. However, it should be noted that the Raiders do have one of the best kickers in the NFL (Daniel Carlson) and he is a big reason why they’ve been able to win so many tight games.

As we’ve mentioned all offseason, there is a good chance that the Raiders got significantly better this season, but it might not be reflected in their record. The AFC is just much better and deeper than it was last season and the Raiders have an incredibly difficult schedule.

With that being said; will the Raiders win more or less than nine games in 2022? That seems like the magic number as we are now only 100 days from Week 1 of the 2022 NFL season. 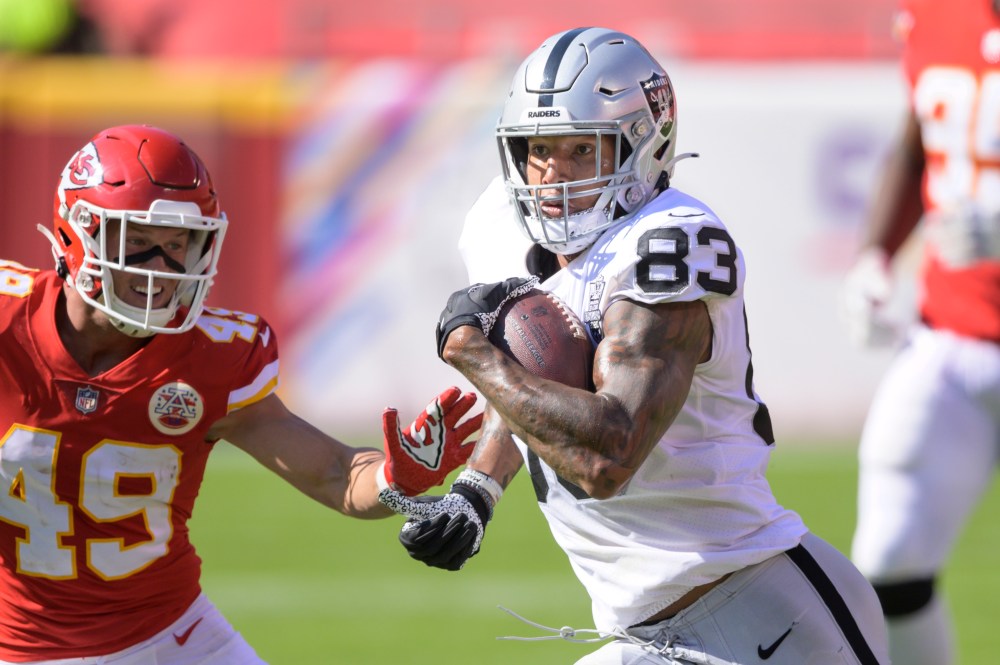