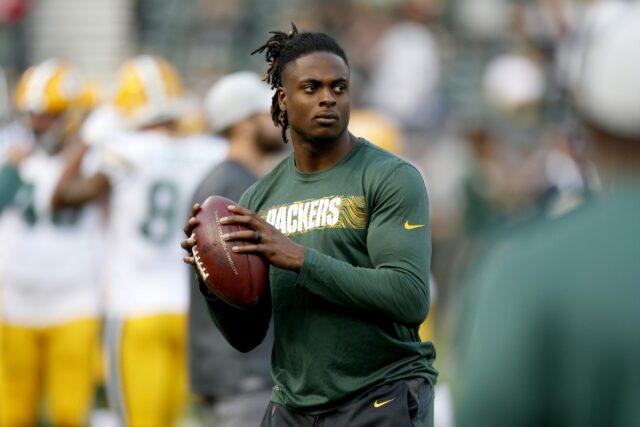 The NFL offseason has been an eventful one as several high-profile names have expressed their desire to leave their teams for greener pastures because of either the direction they are heading in or an inability to agree on terms for a new deal.

The Green Bay Packers have been at the forefront of the rumors as Aaron Rodgers’s time with the franchise seems like it is coming to an end. Rodgers was named the 2020 NFL MVP but has grown increasingly frustrated with the Packers’ inability to surround him with the necessary talent to get back to the Super Bowl. Green Bay did themselves no favors before last season as they drafted Jordan Love in the first round of the 2020 NFL Draft despite the clear need for another receiver.

Aside from Rodgers, the Packers have also been embroiled in contract extension talks with star receiver Davante Adams. Adams is one of the premier players in the NFL and re-signing him should be a no-brainer but according to Ian Rapoport of NFL Network, talks between Adams and Green Bay have gone awry:

It’s not just Aaron Rodgers: The #Packers and star WR Davante Adams have broken off long-term extension talks. There are no current plans to resume them. The two sides have been negotiating for months, but they are now in a bad place, sources say. First the QB, now the No. 1 WR.

Adams signed a four-year, $58 million extension following the 2017 season but he has greatly outperformed that contract and is deserving of a lucrative new deal. However, with Rodgers’s future with the team uncertain, it surely affected talks between Adams’s camp and Green Bay.

With Adams entering the last year of his contract, Derek Carr has been heavily recruiting the receiver throughout the offseason. The two are close as they played together on Fresno State and the Las Vegas Raiders could use a true No. 1 receiver despite having talented players like Darren Waller and Henry Ruggs on the roster.

It will be interesting to see if the Raiders get in the mix for Adams, but for now, they should be OK standing pat.