The Raiders believe that fullback Alec Ingold has a torn ACL (Twitter link via NFL.com’s Tom Pelissero). They won’t know for sure until he gets scanned on Monday morning, but doctors rarely miss on this kind of diagnosis. 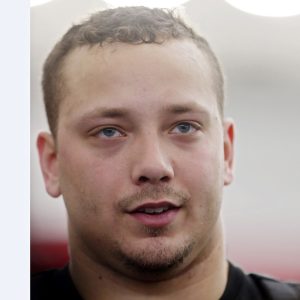 Ingold had to be carted off to the locker room following the injury. And, in a sideline update, NBC’s Michele Tafoya said that he appeared to be crying after exiting the medical tent.

Ingold, a Wisconsin product, joined the Raiders as an undrafted free agent in 2019. After he defied the odds and made the team, he went on to start in all 32 of the Raiders’ regular season games between ’19 and ’20. Ingold was on the same course this year, playing a key role as a blocker and special teamer.

While he’s not targeted often, Ingold has made the most of his opportunities. Through eight games, Ingold has nine grabs for 80 yards and a touchdown — all off of just eleven targets.

As of this writing, the Raiders trail the Chiefs 17-7 at the half. Ingold, likely done for the year, will be out of contract in March.