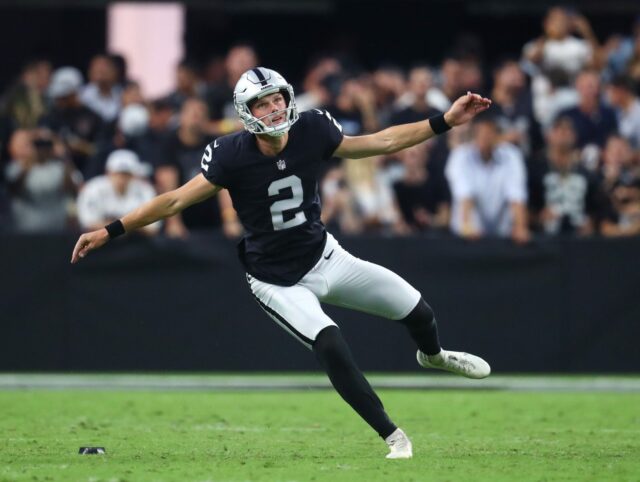 The start of the 2021 NFL season has been as exciting as advertised, with several teams off to strong starts, including the Las Vegas Raiders.

The Raiders were an intriguing team heading into the year because of all their new additions and the internal development of some of their young players, but it is fair to say no one expected them to start 2-0. Nevertheless, Las Vegas has earned quality wins over the Baltimore Ravens and Pittsburgh Steelers and has a good shot at continuing their streak when taking on the Miami Dolphins in Week 3.

Derek Carr and the offense have been firing on all cylinders, while the defense looks much improved as they are generating consistent pressure on quarterbacks. Special teams should not be overlooked, as Daniel Carlson has been one of the most effective kickers in the league.

The new football year also brings about another fantasy football season, and NFL players have learned to embrace the past time. For example, Carlson recently joked that he lost to a friend in their matchup because they had him on their team via Steven Taranto of CBS Sports:

“I actually played against myself in fantasy this week, in my own friend group fantasy. So that was tough because I took a loss. I definitely contributed to that,” Carlson laughed while speaking to the media this week.

Carlson seems to enjoy fantasy football and singled out the fan engagement:

“I have a lot of fun with it with my college friends. A lot of people are messaging me and telling me, ‘Hey, you did great for me in fantasy,’” Carlson said. “I was at an apple orchard the other day, and some random guy came up to me and told me I did a great job for his fantasy team. I think people are very invested in their fantasy teams, and I think that’s great.”

In Week 2, Carlson was able to connect on four field goals and nailed two extra-point attempts. It was an excellent performance for the kicker, and he should have had more opportunities to score throughout the season, given how good the offense has looked.

The post Raiders News: Daniel Carlson Pokes Fun At Playing Against Himself In Fantasy Football appeared first on Raiders Newswire.