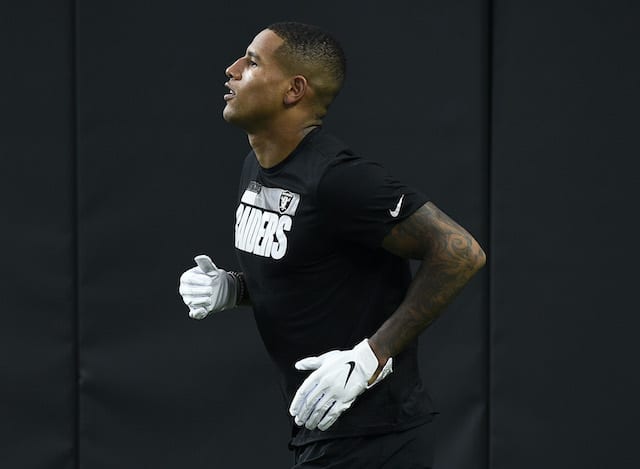 The Las Vegas Raiders have been one of the most active teams in the NFL this offseason, bringing in new big names to the franchise and locking down their own players. However, one notable name who did not receive an extension is star tight end, Darren Waller.

Waller is admittedly coming off a down year in which he dealt with injuries, missing six games overall. But he remains among the elite tight ends in the NFL with game-breaking ability and should be helped by the addition of Davante Adams taking more attention away from him.

With many others receiving extensions, some were concerned that Waller might feel disrespected by not getting one of his own. But to the contrary, Waller insists he is focused on playing football, according to Adam Hill of the Las Vegas Review-Journal:

“Yeah, I’m focused on playing right now,” Wallers said. “My agent handles that. Whatever is going on there is whatever’s going on there. But whatever the outcome is of that, I’m here and I’m playing.”

It is great to hear that Waller is taking on this mindset, as he undoubtedly deserves a new contract. Currently, he is not amongst the top 10 highest paid at the position in terms of the total value of the contract, yearly average salary, or guaranteed money. In addition, he still has two years remaining on his contract, at which point he will be an unrestricted free agent in 2024.

This offseason saw the Raiders lock down quarterback Derek Carr, wide receiver Hunter Renfrow, and pass rusher Maxx Crosby with long-term extensions that will keep them with the franchise for the foreseeable future. It makes sense that Waller would expect the same, considering how great he has been overall for the last few seasons.

Waller will undoubtedly be looking for a bounceback year after injuries hampered his 2021 season, limiting him to just 665 yards in 11 games. Waller totaled more than 1,100 yards in each of the prior two seasons, however, firmly placing him amongst the best in the NFL, and should he get back to that level this season, that extension will almost certainly be coming Waller’s way.