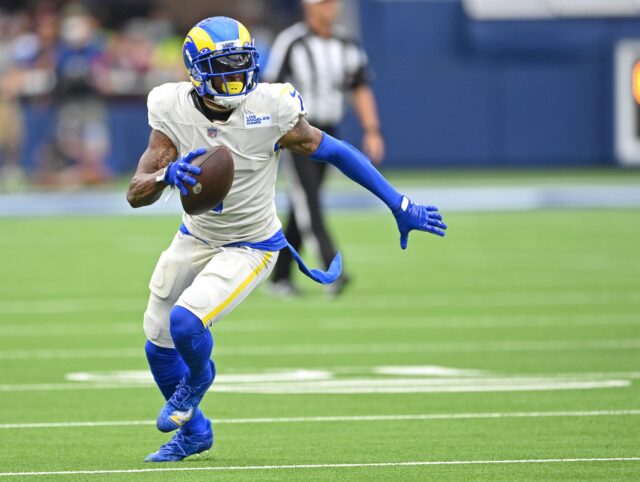 The Las Vegas Raiders have had a rough year off the field, with numerous incidents overshadowing the potential of this talented football team. But, hopefully, the team can move forward on a positive note, and newcomer DeSean Jackson might be able to help the squad do just that.

After getting his first look at the newly signed veteran wide receiver on the practice field this week, Raiders star quarterback Derek Carr was blown away and excited about the speed of Jackson, via ESPN’s Paul Gutierrez.

“When you can add a talent like that, I think we’re in the business of adding good football players. I’ve always loved him … just being around him today on the practice field, actually working, it’s going to be hard not to get along with that guy. Especially, again, the way that guy can run, it was nice to see that No. 1 jersey flying down the field.”

With Henry Ruggs gone, the Raiders lack the kind of downfield threat that made the team’s offense so dynamic in the first half of the season. Ruggs’ speed made the defense wary of the deep threat, which was noticeably absent in the loss to the New York Giants.

Fortunately, the Raiders now have Jackson to fill the void and replace Ruggs in the downfield-threat department. Jackson may not be the dominant player of old as he’ll turn 35 next month, but he may still be able to get the job done and keep this team’s hopes alive for a playoff run.