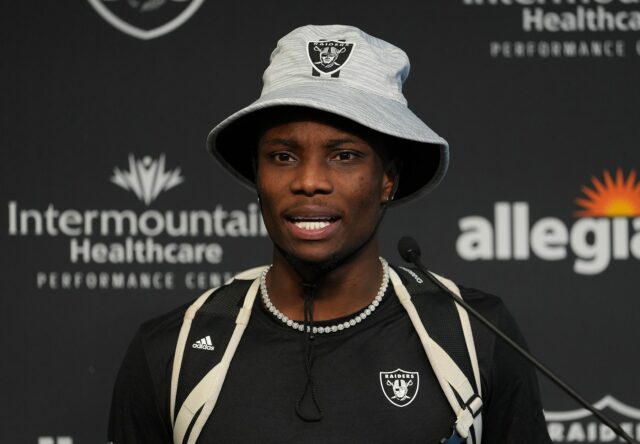 Even EA Sports took note of this by making him the second-fastest player in Madden with a 98 speed. He was edged out by only Kansas City Chiefs wide receiver Tyreek Hill.

It appears history has managed to repeat itself after he was once again rated as the second-fastest receiver in Madden 22, via the team’s official Twitter:

Ruggs provided another reminder of his game-breaking speed after taking part in a race with other notable NFL stars like Tampa Bay Buccaneers’ linebacker Devin White and Minnesota Vikings’ wide receiver Justin Jefferson in a 40-yard dash competition. Although he managed to top his previous time by posting a 4.26, Hill’s teammate Mecole Hardman ran away with the competition with a 4.22.

Regardless, it appears this has not swayed the developers at EA Sports from giving Ruggs the respect his speed deserves. He is likely the only force that prevents Kansas City from boasting two of the undisputed fasted players in the league.

Of course, the Raiders are still trying to find a way to utilize Ruggs’ skill set at the next even following an underwhelming rookie campaign. His speed spurred the team to make him the first wideout taken off the board in a historically deep class.

Fortunately, the coaching staff and teammates alike are optimistic that Ruggs’ has made the necessary strides in his development to emerge as a go-to option in the passing game for quarterback Derek Carr. The emergence of both him and wide receiver Bryan Edwards will be one of the biggest questions leading up to the 2021 NFL season.

For now, Raiders’ fans can relish in spamming Ruggs’ speed when the game releases Aug. 20 on PC, PlayStation 4, PlayStation 5, Xbox Series X/S and Xbox One.