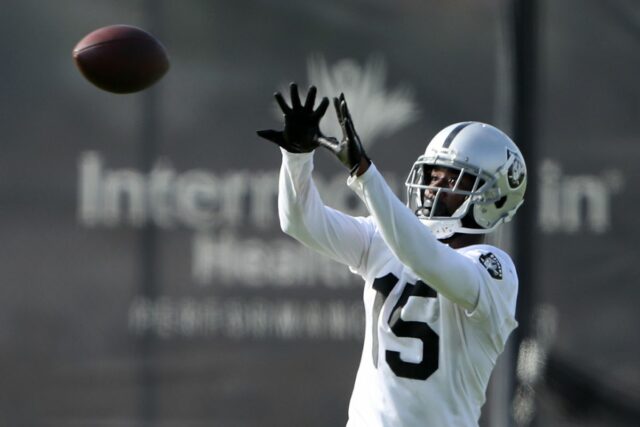 The Las Vegas Raiders and the rest of the teams in the NFL had to do their final roster cuts today to get down to 53 players. Although there was plenty of noise around the league with some shocking cuts, the Raiders had a few of their own.

Perhaps the biggest name cut by the Raiders on Tuesday was that of speedy wide receiver John Brown. He was one of the notable free-agent signings for the team during the offseason. Still, He was ultimately let go by Las Vegas after asking for his release, according to Tom Pelissero of NFL Network.

#Raiders WR John Brown requested his release and the team granted it, per source. “Smoke” is back on the market.

Brown was expected to be another useful weapon for quarterback Derek Carr in the passing game during the 2021 campaign. His speed alone would’ve brought an interesting dynamic, especially if he shared the field with Henry Ruggs at the same time.

However, it just wasn’t meant to be as he may have been told what his role was to be and figured he’d have better luck elsewhere. Keelan Doss, Dillon Stoner and DJ Turner were also among the wide receivers shown the door to help the team gets down to the maximum of 53 players.

Another notable name that was released on Tuesday was Karl Joseph. Unfortunately, the feel-good story of Joseph’s return never really came to fruition, and that in large part had to do with the team electing to go with Roderic Teamer instead.

Teamer played for new defensive coordinator Gus Bradley with the Los Angeles Chargers back in 2019 and seemed to be in his good graces after the team made this decision.

With the roster now set, the Raiders press forward with their sights set on getting ready for the Week 1 showdown with Lamar Jackson and the Baltimore Ravens at Allegiant Stadium on Sept. 13.