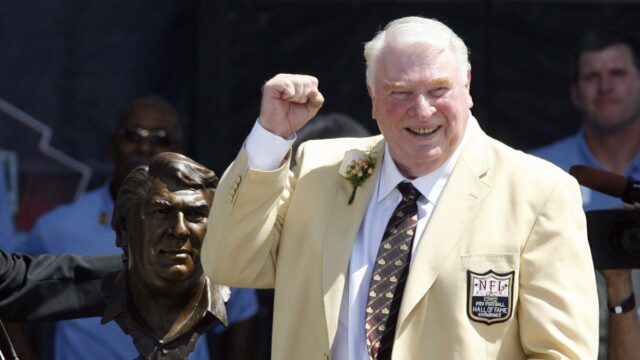 For the first time in a long time, the Silver and Black faithful can feel good about their team as they have a legitimate chance at winning a Super Bowl.

The Raiders retooled their roster by adding stars Chandler Jones and Davante Adams while bringing in free agents and rookies to complement them. Under new head coach Josh McDaniels, Las Vegas should be a team to watch out for during the 2022 season.

While Raider fans wait anxiously for the new year to begin, they will be treated to another edition of EA Sports “Madden” video game series. The iconic gaming franchise has been a staple for football enthusiasts, and after the legend John Madden passed away this past December, it was only right that he graces the cover of “Madden 23” via EA Sports:

On the 34th anniversary of the game’s debut, there was no other choice but to have Madden on the cover of the series that helped popularize football globally. Madden was last featured on the cover 23 years ago but has always served as the game’s title name and voice.

Madden is a legendary figure in NFL and Raider history because, as a head coach, he led the team to eight playoff appearances, seven division titles, and its first Super Bowl championship. Madden would end his coaching career without ever having a losing season and currently holds the highest winning percentage of any head coach who has coached at least 100 games.