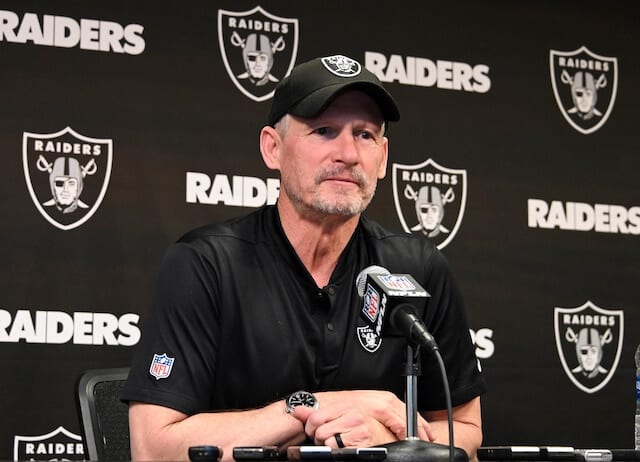 With training camp now underway, the Las Vegas Raiders announced that linebacker Divine Deablo and cornerback Isaiah Johnson have been placed on the physically unable to perform list while tackle Devery Hamilton lands on the non-football illness list.

Meanwhile, defensive tackle Darius Stills was placed on the non-football injury list. Although there has been some concern regarding the nature of his injury, Stills took to Twitter to provide a positive update.

All four players will count towards the 90-man roster to begin training camp.

Deablo as among the team’s most recent rookie signings after securing the third-round pick to a deal. Despite his pedigree as a safety in college, the Raiders clearly have high hopes for his potential fit in the linebacker corps.

Johnson is entering his third season with the team following his arrival as a fourth-round pick in the 2021 NFL Draft. He is likely one of the players competing for a spot on the roster and will need to make his return soon if he hopes to make a solid impression.

Deablo and Johnson were in attendance for the team’s offseason program. Unfortunately, they were unable to take part in on-field activities due to undisclosed injuries.

Stills signed with the Raiders after joining undrafted out of West Virginia. He finished his college career with 85 tackles, 25.5 tackles for a loss, and 11.5 sacks.

Stills and Hamilton were full participants throughout organized team activities. This is certainly an encouraging sign that the nature of their injuries is not too serious, and their current status is simply a precaution being taken by the team.

Las Vegas has high hopes that they will take that next step into the playoffs for the 2021 NFL season. First, however, they will need to get some bang for their buck out of the young core of players if they hope to make it come to fruition.