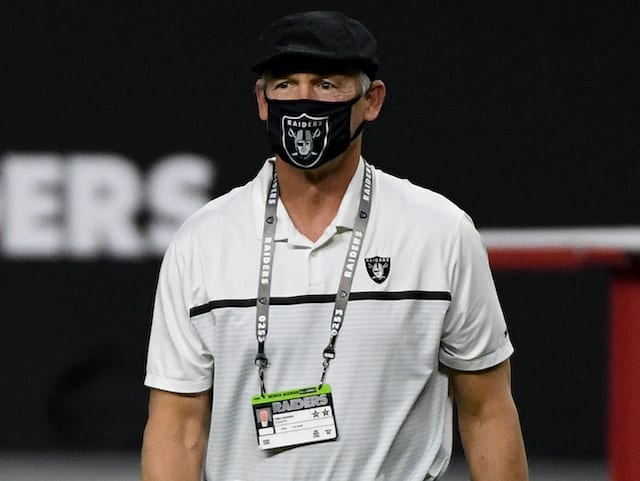 The offseason for the Las Vegas Raiders was highlighted by some of the significant changes on the offensive side of the ball. However, general manager Mike Mayock and head coach Jon Grudenemphasizedn filling some of the notable voids on defense.

They parted ways with defensive coordinator Paul Guenther and replaced him with Gus Bradley. On top of that, they revamped their personnel along the defensive line by bringing in Yannick Ngakoue, Quinton Jefferson, and Solomon Thomas in free agency.

They also put the finishing touches on their secondary by taking safety Trevon Moehrig in the second round of the 2021 NFL Draft. While all eyes will continue to be on how the offense performs, their potential success depends on whether or not the defense shows some notable improvement.

Mayock acknowledged as much during an appearance on The NFL Rhodes Show with Lindsay Rhodes, via Adam Hill of the Las Vegas Review-Journal:

“We have to get so much better [on defense]. I know it, Jon knows it. We all know it,” Mayock said. “We’ve got to finish games. I’m excited to see whether or not we can generate a pass rush because we have not been disruptive on defense, we don’t take the ball away. We don’t hurry the quarterback. We have a lot of things we have to get better at and we’re very realistic about that. More than anything, I want to see if we can be disruptive on defense and that’s going to be one of our goals.”

There is certainly plenty of truth to Mayock’s comments regarding the underwhelming play from this group. After all, the defense finished the 2020 campaign 25th in yards allowed and 30th in points allowed.

Their shortcomings on this side of the ball were once again a major factor in this team suffering yet another late-season collapse. This spurred the front office to put an emphasis on bringing in the necessary pieces to ensure it does not happen again.

The Raiders are hoping a key factor in their potential resurgence will be the upgraded pass rush led by Ngakoue and Maxx Crosby. This is especially true now that the division hosts two high-powered offenses led by talented quarterbacks like Kansas City Chiefs’Patrick Mahomes and Los Angeles Chargers’ Justin Herbert.

Even the slightest bit of improvement would surely help pay some dividends for the offense after engaging in their fair share of shootouts last year.