Since Henry Ruggs III was released, Derek Carr has really struggled to find any sort of rhythm in the offense. In the last three games, he’s thrown four interceptions and has lost two fumbles.

The offense is averaging just over 14 points per game in that stretch as the Raiders have now lost three straight. So, is it time for the team to make a switch to potentially save their season?

In a recent article by ESPN’s Paul Gutierrez, he wonders if the Raiders would be better off benching Carr in favor of Marcus Mariota at some point this season:

“In fact, it might be time to play Marcus Mariota to see if he can jump-start things. Then again, you might lose Carr mentally by benching him. But would that be a bad thing?”

While Mariota might be able to help the run game some with his legs, he doesn’t solve the biggest problem the Raiders have right now. The offense isn’t explosive at all without Ruggs and the offensive line can’t hold up long enough to take a lot of shots down the field.

Maybe the Raiders would be wise to use more of Mariota over the next few weeks, especially on a short week against Dallas. But benching Carr in favor of Mariota doesn’t make a lot of sense, especially considering how well he played earlier in the season.

Don’t expect the Raiders to make that sort of move any time soon with the team still in playoff contention. 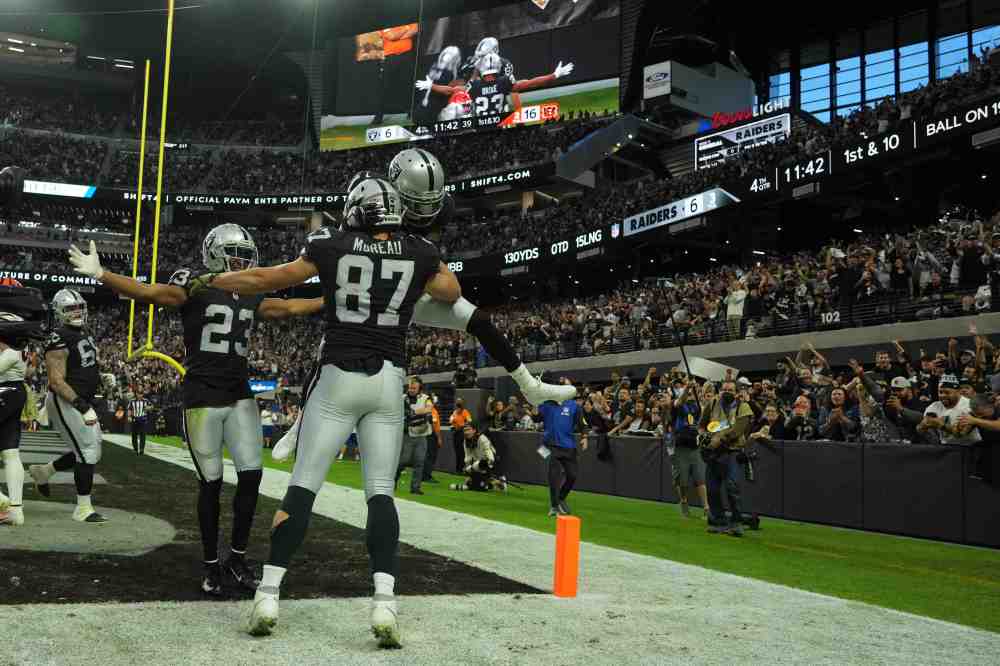